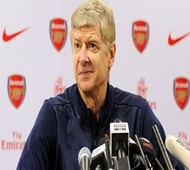 Johannesburg: Arsenal manager Arsene Wenger has admitted that he felt ‘sad’ after his side’s hopes of winning the FA Cup title for a third consecutive year were crushed following a 2-1 quarterfinal loss to Watford at the Emirates Stadium. Second-half goals from Odion Ighalo and Adlene Guedioura were enough for Watford to book their place in the semifinals.

Wenger, whose side replied through substitute Danny Welbeck with two minutes left, said that their fantastic run came to an end on a day where they felt that their performance deserved a win, Sport24 reported.

With the defeat, Arsenal’s hopes of clinching silverware this season seem to be fading fast as they are eight points behind at the top of the Premier League and are trailing 2-0 against Barcelona in the Champions League with second leg to be played on Wednesday.