England beat Germany 2-1 after extra time in a packed Wembley Stadium in London, bringing home the trophy of the UEFA women's Euro for the first time.

Germany suffered a heavy blow minutes ahead of the final on Sunday evening as their captain Alex Popp had to pull out after picking up an injury during the warm-up.

The 31-year-old forward had scored in all five previous matches in this tournament and scored twice in Germany's 2-1 win against France in Wednesday's semifinal, reports Xinhua. England, reaching the Euro's final for the third time, couldn't break the deadlock until Ella Toone came off the bench to score the opener in the 62nd minute.

The 1-1 scoreline was held until the 110th minute while substitute Chloe Kelly prodded in her first goal for the England team.

The 52-year-old Dutchwoman, who also guided the Netherlands to win the women's Euro trophy in 2017, is the first coach to lead two different teams to the title. 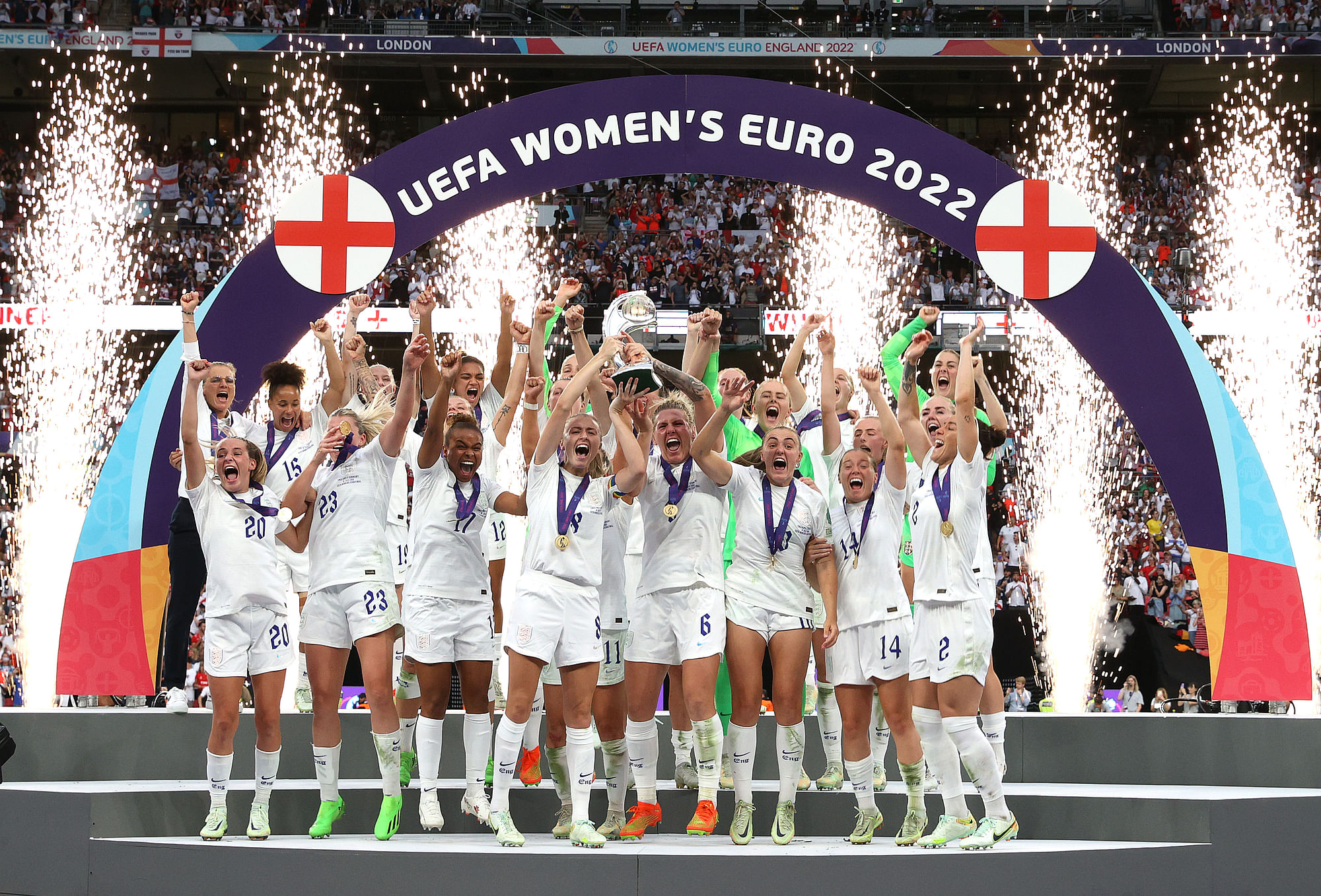