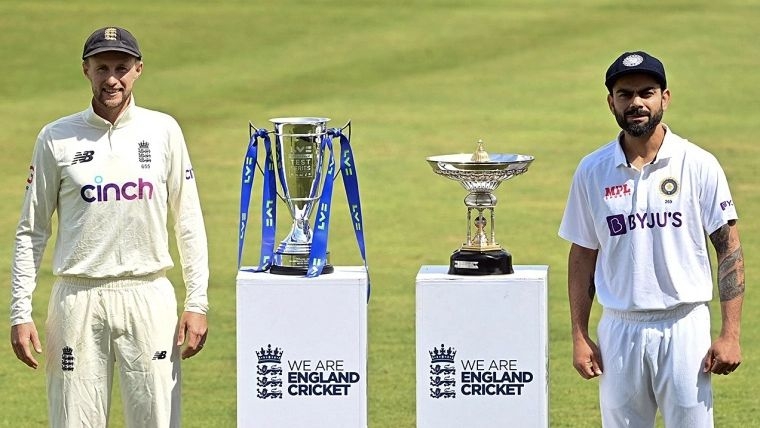 Manchester: Just hours before the start of the first day of the fifth Test between England and India, former Indian wicket-keeper Dinesh Karthik took to social media to inform the fans that the play has been called off for the opening day.

The fate of the fifth and final Test between the two sides hangs in balance despite all visiting players returning negative COVID-19 results.

Karthik in a series of tweets also asked the "bigger question" that whether the game will happen at all.

"Looks like there won't be any play today guys," Karthik tweeted.

"The bigger question is, will the match happen at all ???? And what does the scoreline for the series look like if not," he further asked in a tweet.

Ahead of the fifth test, Team India’s physio Yogesh Parmar tested positive for COVID-19 in Manchester, resulting to which Team India's training session for Thursday afternoon was cancelled.

However, there are no COVID-19 related worries in the England side and Jos Buttler said everything is fine and the hosts are looking forward to the match.

"We don't know too much about it at the moment. It would be naive to speculate on what's going on. At the moment we're fully expecting the game to go ahead and we're preparing that way so fingers crossed the game will go ahead. Things are fine in our camp and we are looking forward to the game," said Buttler in a virtual press conference on Thursday.

It all started after India head coach Ravi Shastri, bowling coach Bharat Arun and fielding coach R Sridhar tested positive following their RT-PCR tests during the fourth match. They are currently undergoing isolation and can come out only after returning two negative results.