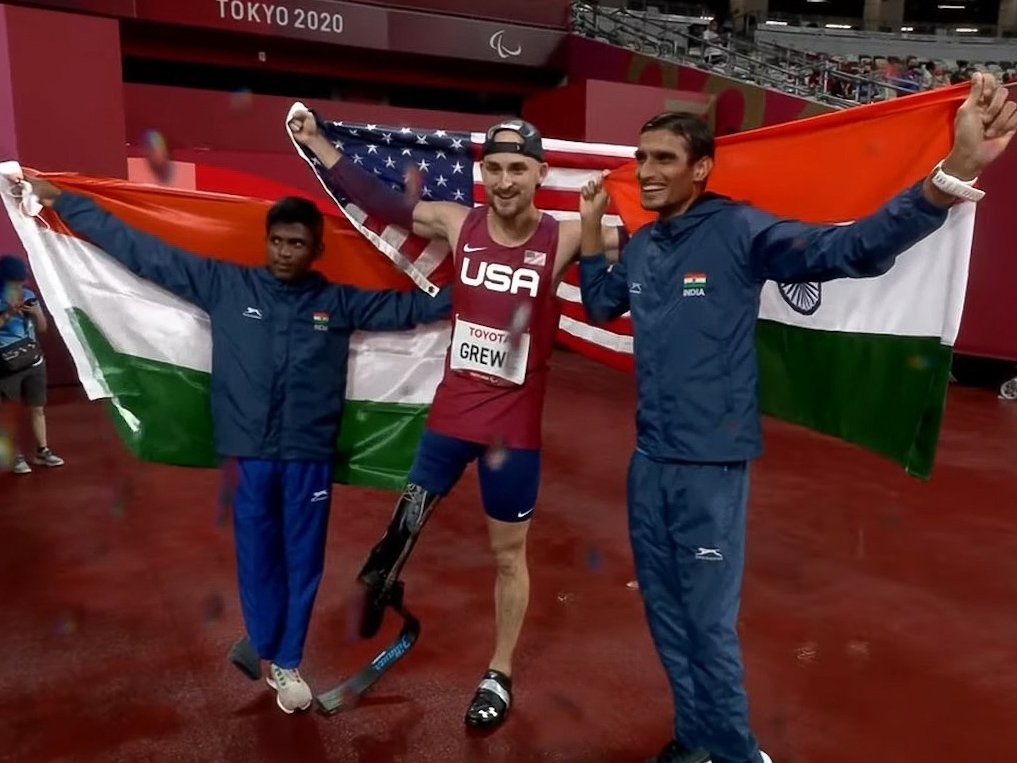 The Indian juggernaut at the Paralympics showed no signs of slowing down as three more medals ensured that the country hit the double digit mark for the first time ever, with Mariyappan Thangavelu's high jump silver being the high point of another terrific day. India's medal count stood at 10, including two gold, five silver and three bronze medals at the end of day 7, continuing to better what is already its best ever Paralympic performance.

Shooter Singhraj Adana (10m air pistol SH1) produced a bronze-winning effort yesterday morning before Mariyappan, who won a gold five years ago in Rio, and Sharad Kumar finished with a silver and bronze respectively in the T42 men's high jump competition. The T42 classification is for athletes with a leg deficiency, leg length difference, impaired muscle power or impaired passive range of movement in the legs. The athletes compete in a standing position.

The SH1 category is for shooters who have an impairment affecting one arm and/or the legs, resulting from amputations or spinal cord injuries.

Mariyappan cleared 1.86m while American gold winner Sam Grewe succeeded in soaring above 1.88m in his third attempt. Kumar took the bronze with an effort of 1.83. “I could have won gold and claimed the world record. I came here with that aim. But the rain played spoilsport. It was a drizzle initially but after the 1.80m mark, it became heavy. The sock on my other leg (the impaired right leg) got wet and it was difficult to jump,” Mariyappan, whose right leg was impaired after being crushed under a bus when he was just five, said after the event.

“In Rio, the weather was great and I won gold. I will try for gold and world record in Paris 2024,” he added. The third Indian in fray and 2016 Rio Paralympics bronze-winner, Varun Singh Bhati, ended seventh out of nine competitors after he failed to clear the 1.77m mark. Kumar, whose leg was paralysed after he was administered a spurious polio vaccine as a toddler, revealed he was considering pulling out of the competition due to a knee problem.

“I had an injury, meniscus dislocated (a type of knee injury). I thought of pulling out but spoke to my family back home. They said just go ahead. Told me to read Bhagawat Gita and focus on what I can do and not on what I have no control over,” he said.

In the morning competition, 39-year-old Adana, who is afflicted with polio and was making his Games debut, shot a total of 216.8 to finish the event in the third place after qualifying for the eight-man final as the sixth best shooter.