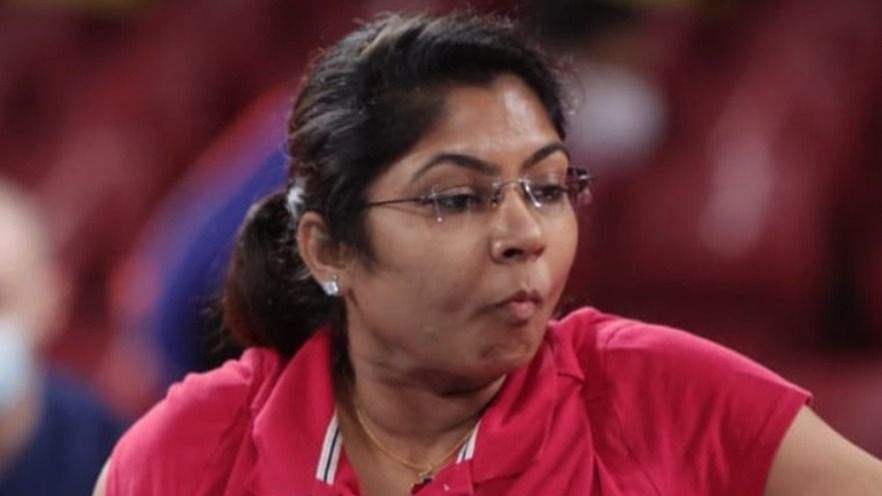 Bhavinaben Patel on Friday became the first Indian table tennis player to enter the Paralympic quarterfinals with a dominating win over Joyce de Oliveira of Brazil in the women's singles Class 4 event at the Tokyo Games here.

She will meet Borislava Peric Rankovic of Serbia in the quarterfinals later in the day.

Athletes in Class 4 category have fair sitting balance and fully functional arms and hands. Their impairment may be due to a lower spinal-cord lesion or cerebral palsy.

"My strategy was to play more towards the body of my opponent and that was what my coach told me. I executed my plans," Patel said after the match.

"My next opponent is world number two, so I have to really focus on my game and hope to win the match." Earlier, the Indian had entered the Round of 16 after winning one match and losing the other group game.