Tokyo Olympics: From barefoot runner to superstar athlete: Fraser-Pryce, fastest woman alive has already made great strides in using her platform to focus on underprivileged youth 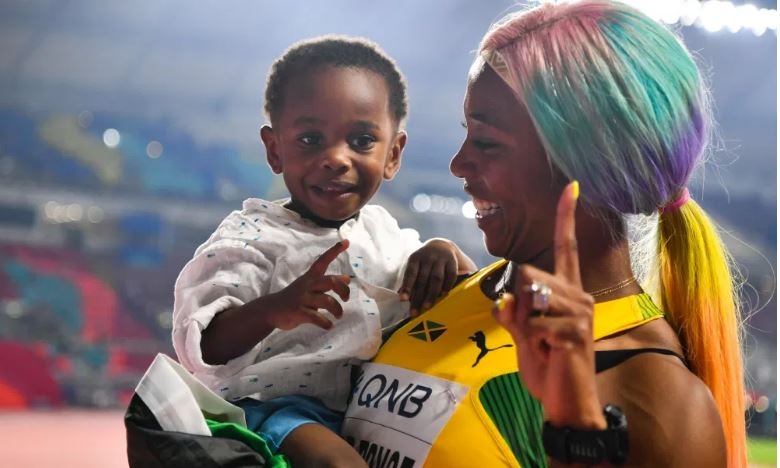 Tokyo: Shelly-Ann Fraser-Pryce, the second-fastest woman in history, is clear on the legacy she wants to leave behind when she retires from athletics following the World Championships in Oregon in 2022.

The Jamaican, who will be in a red hot 100m final come Saturday 31 July, presuming she makes it through the qualifying rounds, of course, could be in line to win her third Olympic gold medal in the event, a record only reached by one Usain Bolt. Her compatriot won three consecutive 100m Olympic titles, at Beijing 2008, London 2012 and Rio 2016, while also matching that same sequence in the 200m and twice more in the 4x100m.

Fraser-Pryce, meanwhile, has also won bronze and three Olympic silvers but she'll have work to do to make it a golden three-peat in the 100m. The 34-year-old could be up against the likes of fellow Jamaican and defending Olympic champion, Elaine Thompson-Herah and Great Britain’s Dina Asher-Smith.

She's a very visible inspiration to the next generation due to her athletic performances, including recently becoming the second-fastest woman ever with a time of 10.63s, but behind the scenes, Fraser-Pryce is working as hard on her legacy away from the track.

Fraser-Pryce has a lifelong passion for helping underprivileged kids, born of her own experience growing up in Waterhouse, a poor area of Jamaica's capital, Kingston, where she would run to primary school barefoot.

Via her Pocket Rocket Foundation, the moniker coming from her self-given nickname due to her 5ft-tall stature, Fraser-Pryce gives out scholarships to young Jamaicans, covering tuition, books, uniform, travel and lunch money.

Annual renewals of scholarships are based on academic performance with Fraser-Pryce keen to ensure a balance between sports and education for each student-athlete because “a solid education must never be compromised by athletic involvement and competition,” says the foundation's website.

Fraser-Pryce goes on to describe her own experience with a mentor, and the importance she played in her life.

"When I started high school in 1999 at Wolmer's Girls, I was privileged and blessed at the same time to have met a woman by the name of Jeanne Coke, of The Wolmer's Old Girls' Association. She saw something in me that I didn't see at all, and started to fund my education, my books, my uniform, my lunch and everything. She showed me compassion and love in so many ways. And that's where everything fueled from."

Fraser-Pryce is also a UNICEF National Goodwill Ambassador for Jamaica (since February 2010) and was also named Grace Goodwill Ambassador for Peace the same year. Early in the COVID-19 pandemic, the sprinter organised funding to make sure The Shelly-Ann Fraser-Pryce Resource Centre in Waterhouse was stocked with computers so local children could continue their education.

Fraser-Pryce has produced a children’s book based on her life story. I Am a Promise is an illustrated book with which she hopes to inspire young readers to show that you can make it from a childhood in a tough inner-city community to elite athlete and Olympic gold, or whatever their own dreams may be.

A commitment to hard work is the focus along with being community-minded with family, friends and neighbours. I Am a Promise encourages young readers to believe in themselves and to maximise their potential.

Fraser-Pryce’s passionate belief that education should run alongside sport applies equally to herself. While training for London 2012 she gained a degree in Child and Adolescent Development from the University of Technology (UTech) in Kingston.

“Growing up, I had dreams that I thought were out of my reach, dreams of going to the Olympics and to University,” Fraser-Pryce said on the UNICEF website.

“Through my work with UNICEF, I want to help Jamaican children realise their dreams. I want to help them understand that they have rights and that those rights should be protected. I want them to believe that nothing is impossible.”