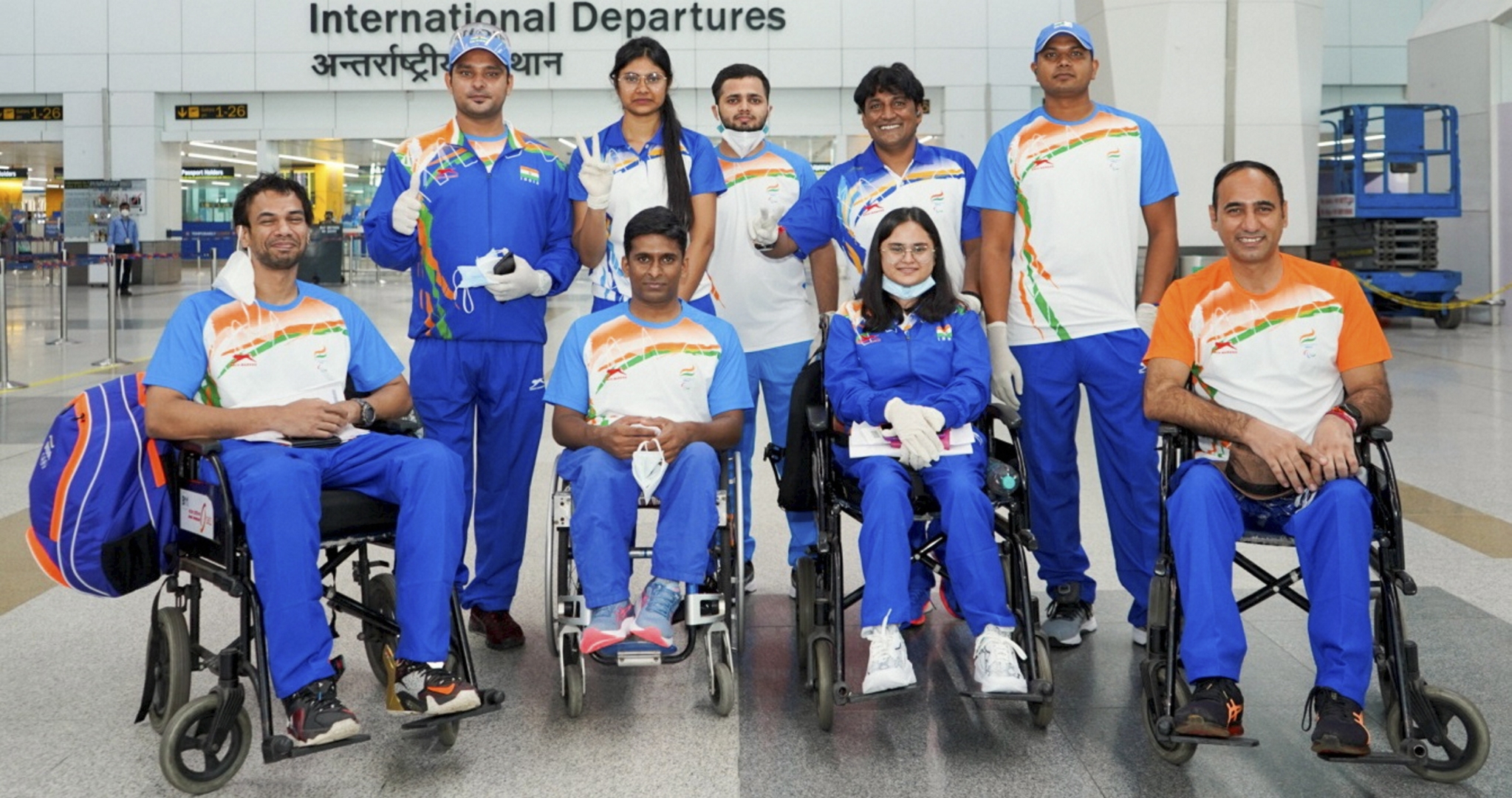 Tokyo: The best ever Olympics just went by for India, and the country looks good for its best ever Paralympics with an unprecedented 54 inspirational athletes eyeing a medal haul that might just surpass the double digit figure for the first time at the showpiece, starting here on Tuesday.

The likes of star javelin thrower Devendra Jhajharia and high jumper Mariyappan Thangavelu, both 2016 Rio Paralympics gold winners, will lead the biggest ever contingent with India expecting at least 15 medals, including five gold.

India will be banking on its shooters and archers to rise to the occasion in Tokyo.

India is competing in nine sports in the Paralympics, which is being held under strict safety and health protocols due to the COVID-19 pandemic that has led to few countries pulling out.

The expectation of unprecedented success would not be wide off the mark as at least four Indians are ranked top of the world while six are at number two and around 10 are at number three in global standings.

India has won 12 medals in total in Paralympics since it first took part in 1972 and if the projected success materialises, the country could be among the top 25 in the medal tally this time, as against 43rd in 2016 with 2 gold, 1 silver and 1 bronze.

With the government loosening its purse strings for para-athletes and many of them preparing well at various Sports Authority of India facilities across the country, the Paralympians look set to add to the euphoria of sporting success following the best ever medal haul in the Olympics which ended on August 8.

India secured seven medals, including one gold and two silver medals, during the Olympics.

Jhajharia, who lost his left hand due to electrocution as a child, is going strong even at 40 and is aiming for a hat-trick of gold medals in the F-46 category after finishing on top of podium in 2004 and 2016. He is current world record holder in the event.

F-46 classification is meant for athletes who have upper limb deficiency, impaired muscle power or impaired passive range of movement.

Mariyappan, who was permanent disabled at the age of five when a bus crushed his right leg below the knee, is another para athlete seeking to defend the gold he had won in 2016 in T63 high jump, though he is currently ranked world number 2.

He will also hold the country's flag during the opening ceremony on Tuesday.

The Paralympic Committee of India is hoping to win 10 medals from para athletics.

Para-athletes are given a classification depending on the type and extent of their disability. The classification system allows athletes to compete against others with a similar level of ability.

Badminton will make its debut at the Paralympic Games in Tokyo and India have some of the brightest medal prospects.

World No. 2 shuttler Krishna Nagar (SH6) and Tarun Dhillon (SL4) are other para shuttlers who are expected to do well.

The experienced Parul Parmar, a two-time former world championship gold medallist, and young Palak Kohli (SL3-SU5), whose one hand did not develop properly at birth, will carry high hopes of returning with a medal in the women's category.

India is also banking on its shooters and archers to rise to the occasion in Tokyo.

The other sports Indians are participating in are Para Canoeing, Para Swimming, Para Powerlifting, Para Table Tennis and Para Taekwondo.

With the Paralympics, set to be declared open by emperor Naruhito -- being held in the backdrop of surging COVID-19 cases in Tokyo and other parts of Japan, the health and safety protocols have been strict.

Just like in the Olympics, only six officials are allowed to take part in the opening ceremony on Tuesday and five athletes, including flag bearer Mariyappan, will form the 11 member Indian group.

The Indian contingent will be the 17th to enter the Olympic Stadium after Iran.

In view of the surging COVID-19 cases, fans have been banned from the Paralympics, just like the preceding Olympic Games, though the organisers are still trying to allow children in some venues.

The Olympics had seen more than 11000 athletes from 205 countries (plus Olympic Refugee Team) competing in 339 events in 33 sports.

The Paralympics will feature around 4500 athletes from 163 countries but competing in 540 events in 22 sports.

The number of events are more in Paralympics as there are different classifications depending on the level of disability.