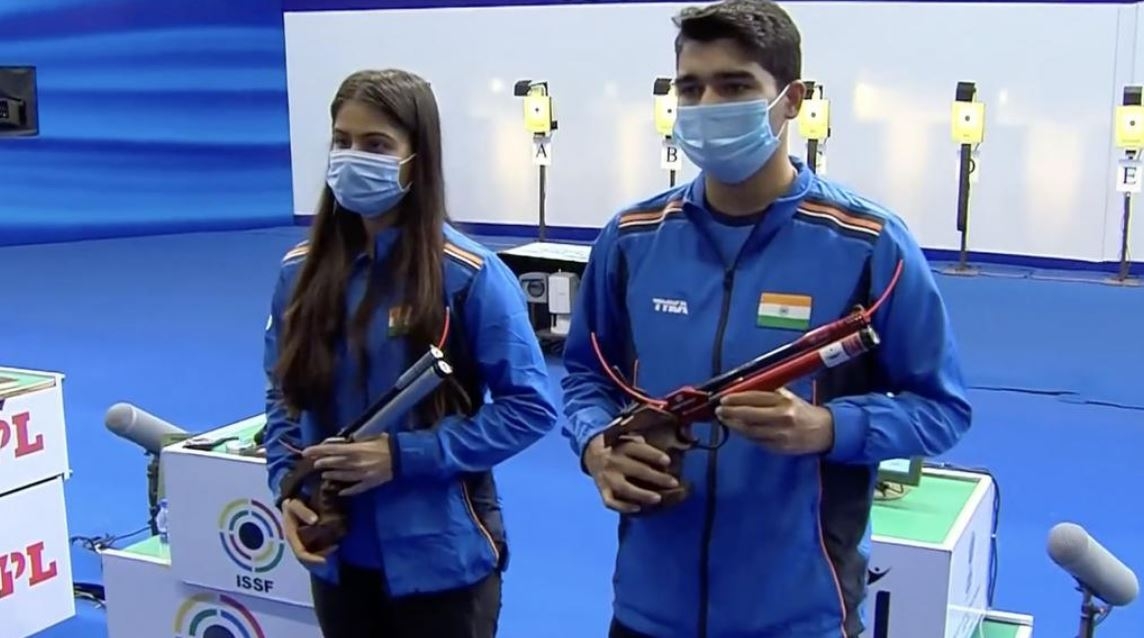 Tokyo, July 27: The Indian pair of Saurabh Chaudhary and Manu Bhaker caved in under pressure and failed to qualify for the final of the 10m air pistol mixed team events at the Tokyo Olympics here on Tuesday.

The duo finished seventh in Qualification 2 after topping the first phase with 582 at the Asaka Range. They lost the plot completely when the top eight teams battled it out in the second phase.

The duo totalled 380 across two series each in the second phase of the qualification.

Things took a turn for the worst in the second phase as the Indians got off to a horrid start with Bhaker shooting a poor 92 in her first series to go with a 94 in the second.

By his standards, Chaudhary was not great either in the first series as he shot 96, but he came back strongly to record 98 in his second series.

But it was always going to be an improbable task for the Indians after four 8s by Bhaker across the two series.

Chaudhary and Bhaker were languishing at the bottom of the table after the first series.

The other Indian team in the event, Abhishek Verma and Yashaswini Singh Deswal, failed to clear Qualification 1 and finished in 17th place, having totalled 564 across six series (three each for one member).

While the top eight teams make the Qualification 2, the top four pairs in the second phase qualify for the medal rounds.

Earlier, Chaudhary recorded an excellent 296, including a perfect 100, across the three series of 10 shots each while Bhaker managed 286, in the first phase.