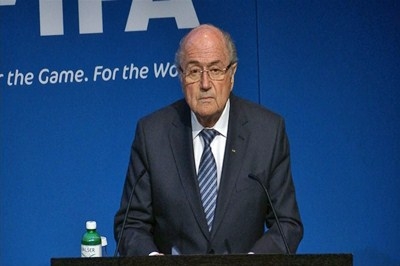 Johannesburg : FIFA’s embattled president Sepp Blatter has said that he deserves an honorable exit from the world’s football governing body, insisting that he is `not a bad man`.

The 79-year-old along with his UEFA counterpart Michel Platini are serving a 90-day provisional ban handed by FIFA’s ethics committee over claims that the latter had received a ‘disloyal payment’ of 1.35 million pounds from the outgoing president in 2011.

Describing the ethics commission’s action against him as an `inquisition`, Blatter felt that he doesn’t need to prove his innocence,Sport24reported. Blatter, who was re-elected as the football chief for a fifth term in May, will leave his post when his successor will be appointed in February 2016. FIFA investigators, who launched their own enquiry against Blatter, will issue a verdict next month.