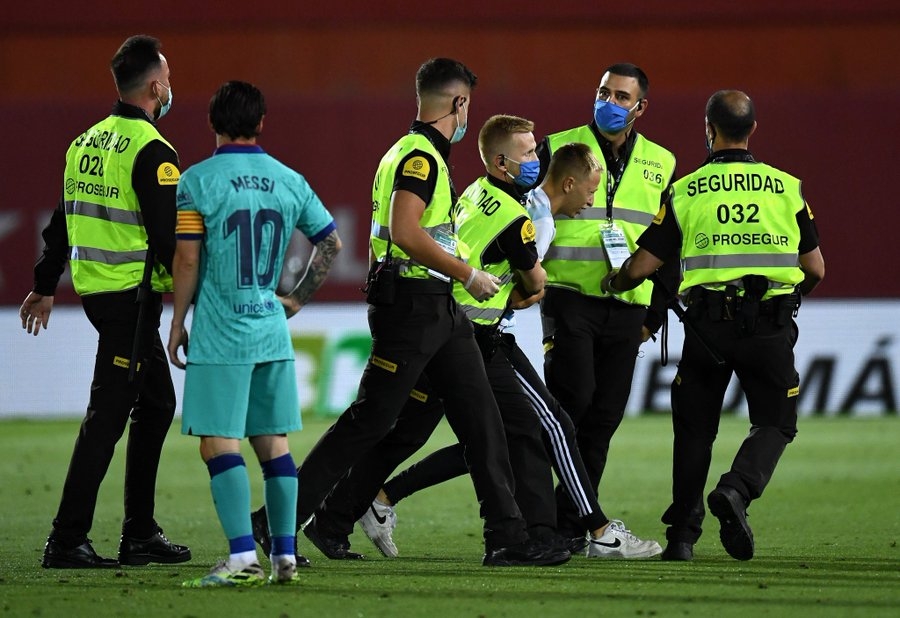 Spanish football league La Liga on Sunday said it will file charges against a fan who invaded the pitch during Barcelona's clash against RCD Mallorca at the Iberostar Stadium on Saturday, June 13.

The teams returning clash took place after three months, owing to a huge break due to the coronavirus pandemic that brought the entire sporting world to a standstill.

Albeit strict restrictions, a fan broke inside the pitch during the second half. He was seen wearing an Argentina shirt with Messi's name, and the famous number 10 jersey.

A statement from La Liga as quoted by Daily Mail on Sunday said the man accessed the pitch "without any authorisation and disobeying the protocols established by health legislation, as well as disobeying the orders of security staff".

"La Liga also wishes to show its absolute condemnation for this type of conduct that puts the health of others at risk and risks damaging the integrity of the competition," the statement added.

The fan, a French Mallorca resident, spoke to Spanish radio station Cadena Cope after being removed by security personnel and police, revealing that he had scaled a two-metre fence to access the stadium.

"I had planned this ever since I knew the match was happening, I wanted a photo with Messi and to meet him because he's my idol," he said as quoted by dailymail.co.uk.

Barcelona's return fixture saw them thrashing Mallorca 4-0 away from home, with Arturo Vidal, Martin Braithwaite, Jordi Alba and Messi scoring one goal each.

With that win, the Cules have taken a five-point lead in the points table, with rival Real Madrid standing at second with 56 points.

Meanwhile, Los Blancos will take on Eibar on Sunday in a bid to move closer to the league leaders.