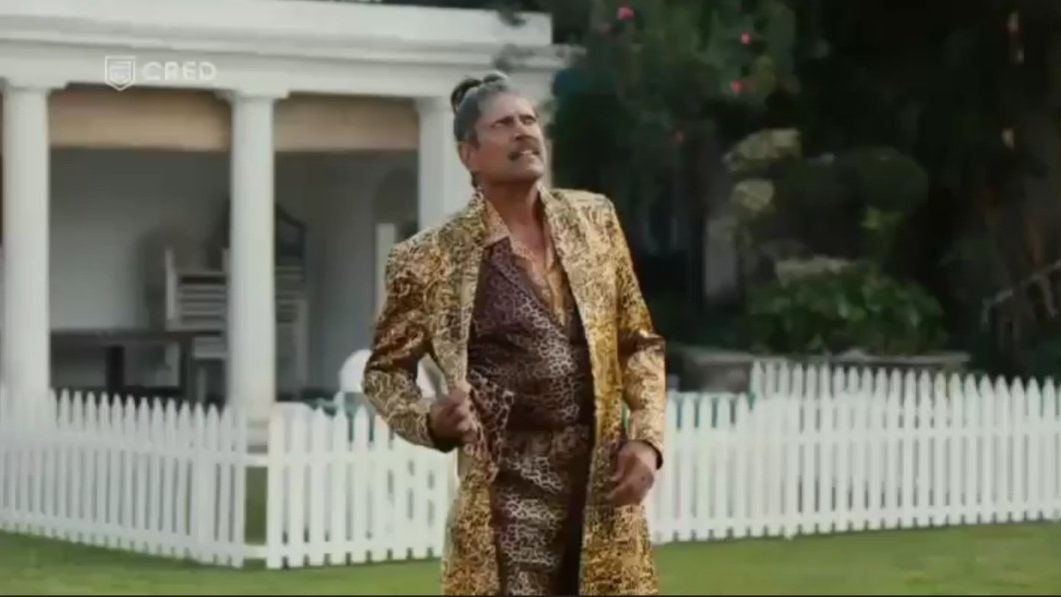 Former captain Kapil Dev has earned millions of fans around the world for his excellent services to Indian cricket including the inspirational win during the 1983 World Cup. However, the legend has now managed to gain some more fans thanks to his acting skills.

Featuring in a brand new advertisement, the Indian great is seen embracing the cool vibe of Bollywood actor Ranveer Singh as the 62-year old was seen sporting some vibrant and 'out of the box' outfits, something that the actor is popularly associated with.

The former Indian captain has featured in an ad for the Bengaluru-based credit card bill payment platform- Cred.

In the ad, shared by Kapil Dev on Twitter, actor Jim Sarbh can be heard saying: "Every time you pay your credit cards bills on CRED, you earn CRED coins. Use them to claim exclusive rewards and cashback. Now that's crazy as imagining Kapil Dev act like Ranveer."

The former India skipper captioned the post as: "Heads, I am fashionable. Tails, I am fashionale." Later in the advertisement, Dev appears donning different outfits and he was seen passing comments as others played cricket.

The advertisement is already breaking the internet with hashtag Kapil Dev trending on twitter within moments of being posted. The fans are loving every bit of the witty ad featuring one of their biggest cricketing hero in a never seen before avatar.

Here's what people are saying about the new CRED ad:

We are yet to see Ranveer as Kapil Dev but Kapil pahji has already portrayed Ranveer better than even Ranveer could! 😉 @RanveerOfficial@therealkapildev pic.twitter.com/OpvtADLhi9

Kapil Dev has done more things in this video than Eoin Morgan has done for KKR in this season. https://t.co/QbTpgYBGvk

remember that 1 pen which had all 4 coloured inks? that’s kapil dev in this video https://t.co/BgGVuwFMBO

I'm usually shy when I meet new people, but once I open up to them I turn into this version of Kapil Dev https://t.co/Rgm5BkGp28

#cred
Now both Ranveer singh and Kapil dev can say to each other pic.twitter.com/ackcyCXgiT

We saw Kapil Dev as Ranveer, there’s no way @83thefilm can match this brilliance https://t.co/ssamzr4iDF

Ranveer Singh will be seen portraying the character of Kapil Dev in the upcoming Bollywood film '83' which based on India's iconic victory in 1983 World Cup in England. The film will hit the theatre screens on December 24, 2021.