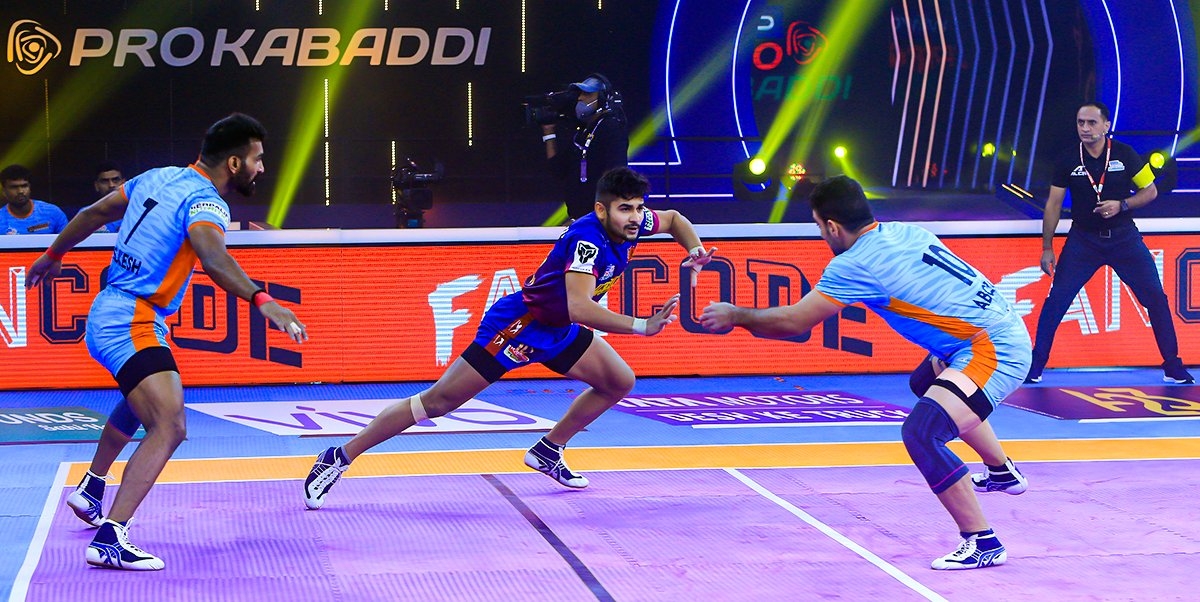 Kumar picked up 24 points from 25 raids, his best performance in PKL, as Dabang Delhi avenged their last season's defeat in the final against the same opponents.

Kumar was unstoppable as he was in the thick of things from the word go and the Bengal defence were left looking for answers every time he stepped on to raid.

He started the proceedings well when he was on the money with a touch on Mohammad Nabibakhsh. In his next raid, he enticed the left corner to go for an ankle hold and thwarted the attempt.

With a blink of an eye, Naveen Kumar made it 5-1 for Dabang Delhi with another successful raid.

Such was the success of his raids that Bengal Warriors were 'all out' twice in the first 12 minutes of play, with the scoreboard reading 7-21.

The scoreboard kept ticking for the Delhi team with every passing raid as Kumar and Vijay, with support from Jeeva Kumar in the defence, put their team in a healthy position.

Kumar's agility was a treat to watch. He soon notched up his 25th consecutive Super 10 in the league as he mercilessly took defenders in his wake. Bengal Warriors also looked insipid in defence and lacked conviction.

Just before the first half ended, Naveen stumbled when he lost out on a super tackle with the Bengal defence coming together for the first time in the match. However, by then Dabang Delhi were way ahead at 33-15.

After the break, the Bengal defence seemed to have got their act together when Abozar Mighani sent Ashu Malik out of the mat. Bengal tried to stage a comeback at 22-34 but Vijay soon got his Super 10 to put Delhi in a position of strength at 38-24.

Kumar then returned to pick up his 20th raid point of the night as Delhi cruised at 40-25. The fact that veteran Manjeet Chhillar looked off-colour in the defence for Delhi was eclipsed with Kumar show.