Preview: It's all about the start as heavyweights Mumbai Indians take on Delhi Capitals

All eyes on respective skippers Rohit Sharma and Rishabh Pant

Mumbai Indians' five titles to Delhi Capitals' none will matter little when the heavyweights, equipped with multiple match-winners, lock horns in a clash of titans in a new IPL in Mumbai on Sunday.

Mumbai have retained their core in skipper Rohit Sharma, Ishan Kishan, Kieron Pollard and pace spearhead Jasprit Bumrah, and the role of these four would be crucial against DC at the Cricket Club of India (CCI), as well against other teams through the season.

While the leadership skills and tactical acumen of Rohit, who is now the India captain in all formats, are well documented, how Rishabh Pant performs as skipper will be watched with interest, keeping in mind the need to identify future leaders for the country.

Rohit has already announced that he and Ishan Kishan, who was bought for a staggering Rs 15.25 crore, would open the batting. The duo can take any good attack to the cleaners, and Delhi's experienced one would be wary of their prowess.

Suryakumar Yadav isn't available for the game as he is undergoing rehabilitation at the NCA and Fabian Allen, another hard-hitting stroke-maker, could be an able replacement.

Mumbai will need to fix their middle and lower-middle order, where only Pollard is an experienced campaigner, and it remains to be seen who among Tilak Varma, Tim David and young South African batter Dewald Brevis, who has a wide range of shots at his disposal and is touted to be the 'next AB de Villiers', get a chance.

While Bumrah will spearhead the pace attack, experienced left-arm pacer Jaydev Unadkat can be more than handy on the Brabourne track.

Mumbai have got the spin duo of Mayank Markande and Murugan Ashwin and the onus would be on the two leg-spinners to stop a formidable Delhi top-order. Their spin department, though, looks thin.

Meanwhile, with Australian David Warner yet to join the squad, Prithvi Shaw and Pant could open the batting for DC.

The key for the Capitals will be Pant, who will need to lead from the front and is known for his ability to single-handedly turn a game on its head.

West Indies' hard-hitting batter Rovman Powell, the in-form Sarfaraz Khan and Indian U-19 World Cup-winning skipper Yash Dhull would be expected to do the job in the middle-order, while flamboyant all-rounder Shardul Thakur can play the role of a finisher along with Axar Patel.

Chinaman bowler Kuldeep Yadav, back in the mix after being out in the cold for a while, joins Axar, and their overs could make a difference.

South African pacer Anrich Nortje is expected to lead the DC pace attack and be the team's go-to man in the death overs, along with Mustafizur Rahman.

The team management, led by head coach Ricky Ponting, can also go in for young pacer Kamlesh Nagarkoti, who has had a decent record in the tournament.

Being a day game, dew would not be a factor. 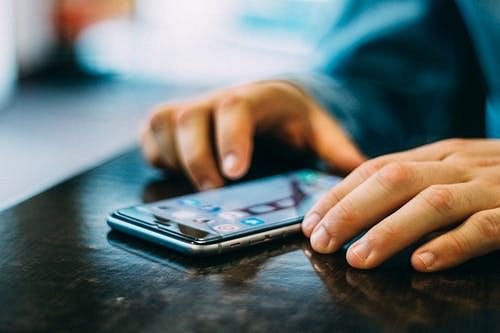 HomeSportsPreview: It's all about the start as heavyweights Mumbai Indians take on Delhi Capitals