Mumbai: Seasoned pro Devendra Joshi was in terrific potting form and outshone his opponent Joseph Menezes charging to a thumping 3-0 victory in a first round match of the National Sports Club of India (NSCI) organised Rs 13 lakh prize-money ‘Baulkline’ NSCI All India Snooker Open 2023, at the NSCI billiards hall on Monday evening.

The PSPB cueist Joshi struck the balls in authoritative fashion and was in total control from the start as he constructed a break of 62 in the first frame. He then managed a couple of small efforts to pocket the second and signed off with another neatly compiled run of 60 in the third to tame the challenge from  Menezes who was unable to offer much of a fight. Joshi prevailed at 69-13, 86-35, and 73-32 to advance to the second round.

Earlier, Nikhil Saigal dropped the opening frame to Vaibhav Saigal, but showed excellent fighting spirit to win the next three frames to record a 3-1 win in another first round match.

Taking time to adjust to the new tables, the talented Saigal narrowly lost the first frame. But, thereafter, he was in control and easily won the second and third frames before pocketing a close fourth frame to clinch a 58-66, 68-1, 73-7, and 43-33 victory to advance to the second round.

Earlier, NSCI marker Ajinkya Yelve also struggled a bit on the new surface but managed to smoothly sail to a 3-0 victory against Ravi Beniwal and join Saigal in the second round. After taking the first two frames, Yelve produced breaks of 21 and 43 in the third to complete a quick deserving 90-42, 50-19, and 66-1 win.

Sukeel Venkatramani also enjoyed a first round success as he defeated Tathya Sachdev by a 3-1 scoreline. Venkatramani and Sachdev shared the first two frames before the former steadily won the next two to close out the match winning by 66-33, 18-73, 66-34, and 73-36 frame scores. 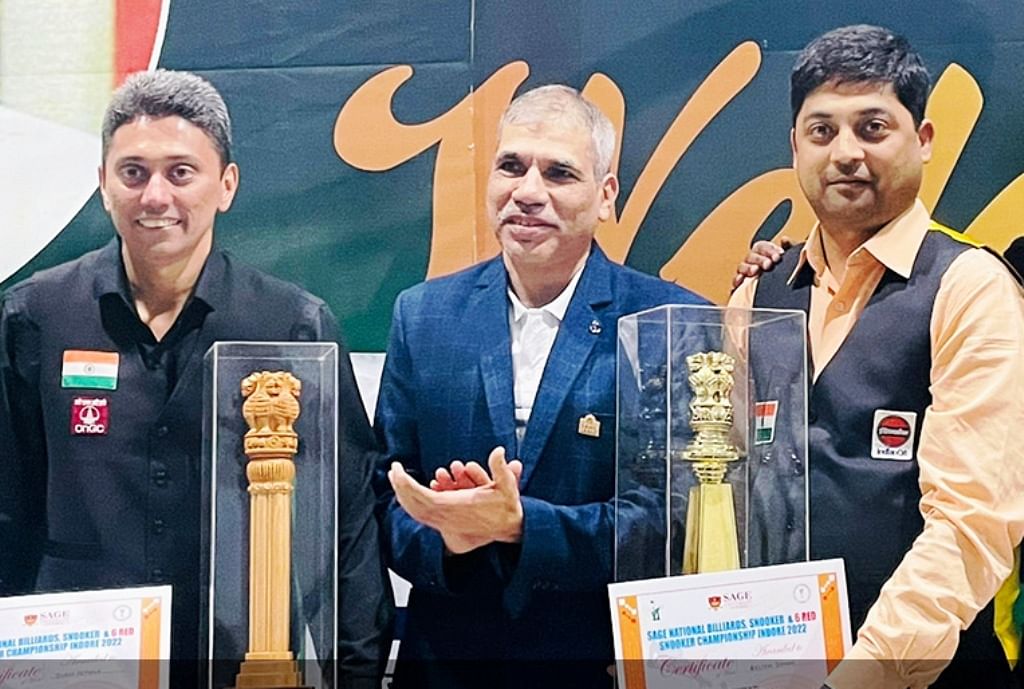