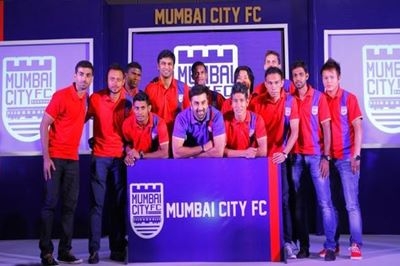 Bustos, a Spanish professional footballer, played for RCD Mallorca as a defensive midfielder and would be Mumbai City FC’s hard man, a tough tackling centre midfielder. Piquionne, a French striker, plays for Martinique at the international level and represented them in the 2013 CONCACAF Gold Cup and was part of the 2012 Caribbean Cup squad. He has also represented France in a friendly match against Austria in 2007 and had last played as a forward for US Creteil in Ligue 2. He has also played for numerous clubs like Golden Star of Martinique,Nîmes Olympique, Rennes, AS Saint-Etienne, AS Monaco, Lyon, Portsmouth, West Ham United, Doncaster Rovers and Portland Timbers.

Bertinis, a Haitian footballer, plays for Greek club Aiginiakos FC as a central defender. Born in Paris, he started his career with FC Red Star Saint-Ouen and finished his formation in Italy with Juventus FC. In 2003, Bertin moved teams and countries, signing up for Racing de Santander in Spain. During his two-year stint with the Cantabrian club, he was mainly in the reserves, but still contributed with 15 games (13 starts) in the 2004-05 season. He continued playing for CD Tenerife in the second division and Atlético Madrid B and Benidorm CF in the third.

In 2008, he joined FC Luzern in the Swiss Super League, but left in the following transfer window, signing with OFI Crete in Greece. Bertin then joined Veria FC until the end of the season. He made his Super league debut in an away win against Skoda Xanthi FC. He represented Haiti at the 2007 CONCACAF Gold Cup in the United Statesand made his international debut in the national team’s final group stage game against Canada. On Joining Mumbai City FC, Bustos said, “I am excited for the opportunity to play outside of Spain for the first time in my career. I feel that I will be a dominant force in the middle of the field for Mumbai City FC. I look forward to the challenges that come my way throughout the upcoming season.”

“I am excited for the challenges and opportunities that lay ahead. I have heard of the excitement coming from the Indian Super League and of Mumbai City FC in particular and look forward to bringing success to the team,” said Piquionne. “After consulting with family and close friends within various leagues, I felt that joining the ISL would be the best decision to help me progress in my career, both on and off the
field. I am very excited to get a chance to work with Nicolas Anelka as well,” said Bertin.