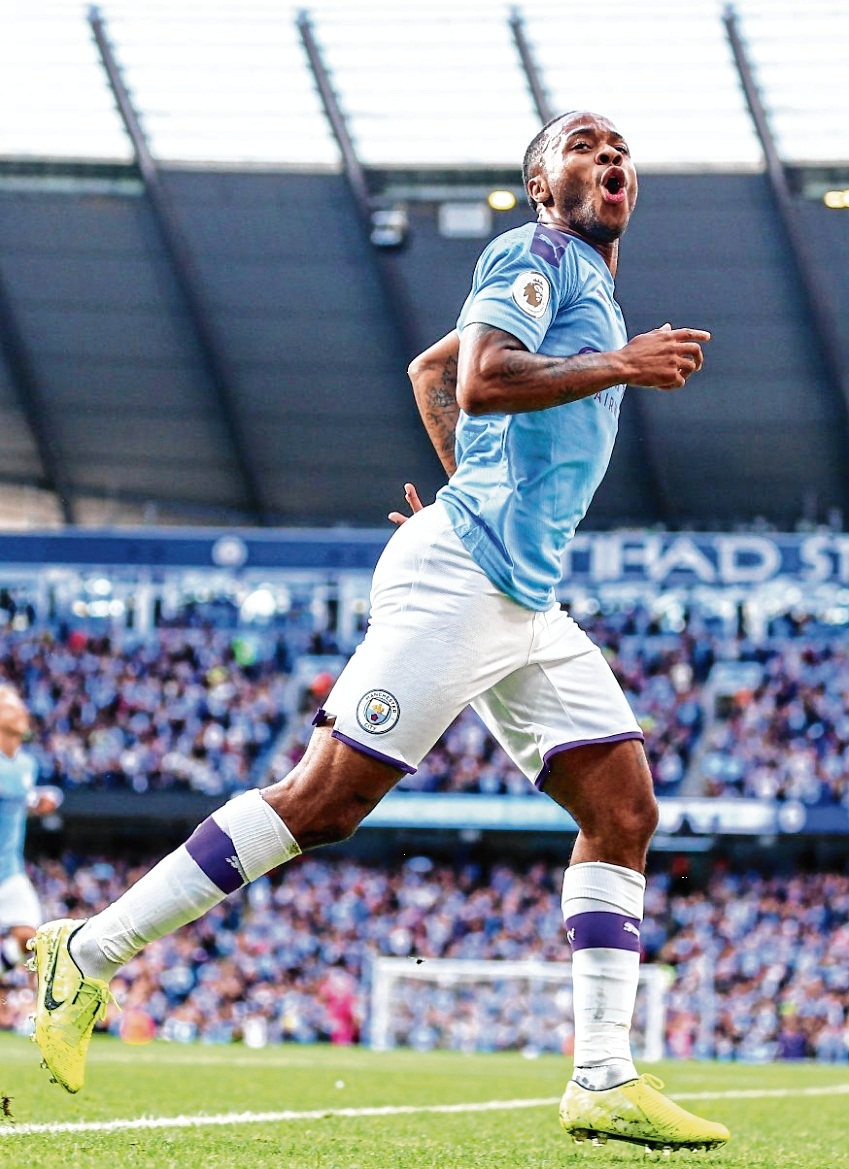 Manchester: Manchester City closed the gap on Premier League leaders Liverpool to three points as Raheem Sterling inspired a 3-0 win over Aston Villa on Saturday. Pep Guardiola's side survived a tame opening period as second half goals from Sterling, Kevin De Bruyne and Ilkay Gundogan put Villa to the sword.

City's second successive league victory lifted them above Leicester into second place and put pressure on Liverpool to beat Tottenham in Sunday's clash at Anfield.

The only frustration for Guardiola was a red card for Fernandinho, who was dismissed after earning a second booking when he tugged at Keinan Davis in the 87th minute.

City were upset by Wolves in their last league fixture at the Etihad Stadium, but Guardiola had never lost back-to-back home league games as a manager and Sterling was key to ensuring that impressive record wasn't ruined.

Sterling's latest virtuoso display came just days after his second hat-trick of the campaign in City's Champions League demolition of Atalanta. The England winger has made a convincing case to be regarded as genuine superstar over the last 18 months and Villa had no answer to his intelligent movement, sublime skills and predatory finishing.

City have scored 32 league goals this season, 11 more than Liverpool, and their firepower was clear to see as they saw off Villa with their record scorer Sergio Aguero on the bench.

Gabriel Jesus made consecutive Premier League starts for the first time since December, but he squandered a chance to put City ahead when he dragged his close-range shot wide from Sterling's pass.

No fewer than 11 City stars have suffered injuries this season, with Oleksandr Zinchenko and Rodri the latest to be sidelined for several weeks.

Guardiola admitted he was "a little bit concerned" about how City would cope, yet with Sterling in his side, anything is possible. Sterling appealed for a penalty when his shot cannoned off Bjorn Engels' arm, then glanced a header just wide. John Stones was back in place of Rodri at the heart of City's defence, but the England international looked rusty in his first start since September.

He gifted possession to Villa and Douglas Luiz almost took advantage when he tangled with City keeper Ederson, who narrowly avoided conceding a penalty in the melee. Moments later, Stones threw himself in front of a Trezeguet shot, surviving a penalty appeal after the ball deflected onto his hand.

Despite their lack of rhythm in the first half, City should have been ahead at the break when Sterling teed up David Silva, only for the Spanish midfielder to shoot inches wide of the far post. Usually firmly dedicated to Guardiola's passing principles, City finally broke Villa's stubborn resistence with a goal straight from the route one handbo ok.

A huge punt forward by Ederson was flicked on by Jesus into the path of the unmarked Sterling, who took one touch before shooting under Tom Heaton for his 13th goal in 14 appearances in all competitions this term.

City should have doubled their lead when Engels gave the ball away to Sterling and he picked out Jesus, but the Brazilian's shot was brilliantly cleared off the line by Tyrone Mings.