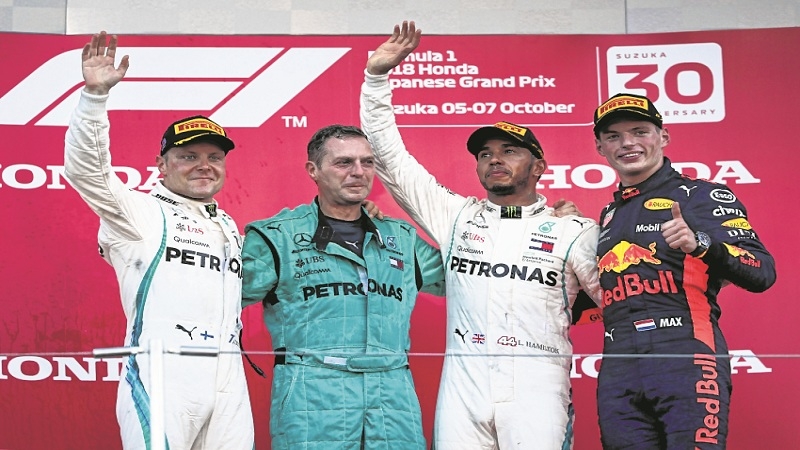 Former Mercedes driver Valtteri Bottas brushed aside all the speculation about Lewis Hamilton's retirement from Formula One, saying that he has far more to give and is hungry for more success.

Hamilton had won four F1 titles in a row before the race in Abu Dhabi earlier this month. The Brit appeared to be on the cusp of yet another triumph, having led for the majority of the race, but Max Verstappen won the title. After the race, Hamilton fuelled retirement talk by saying 'we'll see about next year'.

Rumours are circulating in Formula One that Hamilton is considering his retirement after the controversial finish at the Abu Dhabi Grand Prix. And reports claim that Mercedes could look to reinstate Bottas if Hamilton decided to call time on his career in the sport.

But Bottas hinted that Hamilton has far more to give and is hungry for more success.

"He always wants more out of himself and the team around him. It's been the same thing every year, he keeps getting better," he said, adding, "With Lewis what has been really impressive is that every year he's still able to develop as a driver. He's got such a big experience of Formula 1 but still, he's been able to learn more."

"It doesn't come automatically; he works for it because he knows the competition is getting tougher and tougher. I've definitively learned many things from him during these five years, driving wise, set-up wise, lots of small things here and there," said the former teammate of Hamilton.

Bottas also opened up on failing to win the F1 Drivers' Championship during his time with Mercedes, conceding to it just didn't happen for him.

"Obviously when I joined the team in 2017 the only thing on my mind was to win the championship but that didn't happen. I've definitively learned many things from him during these five years, driving wise, set-up wise, lots of small things here and there. It's been impressive to see him still develop and not get too comfortable," he said.