HomeSportsKerala Blasters have a score to settle with Mumbai City FC

Kerala Blasters have a score to settle with Mumbai City FC

Mumbai: With only one victory this season, Mumbai City FC (MCFC) and Kerala Blasters FC will be desperately looking to break the jinx, when the they clash in the Hero Indian Super League, at the the Mumbai Football Arena, Andheri here on Thursday.

The Mumbai team started off the 2019 campaign with a fine victory, but Jorge Costa's men only went downhill, facing two defeats and drawing three of total six in this edition. The Islanders are lurking in the seventh in the points table.

Interestingly, the only win that Mumbai has secured came against Kerala Blasters, who somewhat have a similar story to narrate with only one point behind, and are in the eight place in this ten-team league.

If MCFC wants to repeat the victory script, the all-Indian backline will need to improve, having caught out far too many times in recent matches. Moreover, the killer instinct to see off the matches, seems to frustratingly missing.

Going into the home game, coach Costa has admitted his team is under immense pressure to deliver the much-required victory.

The Portuguese also hailed the team unity despite the individual mistakes costing the Mumbai team a multiple times this season.

“It is always a problem when you lose points because of an individuals mistake, but the good thing that we must take away from the last two games is that we are playing as a team, we are playing good. We have a lot of quality in our game,” he noted.

For the Kerala camp, Eelco Schattorie's bad run on the field remains unbroken. Following a draw against FC Goa despite dominating large parts of the ninety minutes in Kochi, Kerala Blasters are still chasing their second win of the season since an opening day triumph.

Schattorie's boys are know for performing in away games compared to playing in front of the home crowd, and at Mumbai Football Arena today, Kerala Blasters will be hoping the fortunes will favour them.

But with untimely injuries being one of the grave concerns, Schattorie, at this point, wouldn’t want to take ‘any step back’. The Blasters are already without the services of Gianni Zuiverloon in defence, Mario Arques and Moustapha Gning in midfield.

“It's a simple reality and I'm a bit annoyed by the scoreboard analysis. We have played six games and every time I have to take a step forward, we have had to take two steps back. This has got to do a lot with the injuries,” said Schattorie.

Taking positives from their game against Goa FC, Kerala will be banking on Raphael Messi Bouli and Bartholomew Ogbeche, who played together upfront for the team, and the coach will be expecting from the duo to combine effectively against the Mumbai’s weak defence.

“I still think that there has been a lot of progress from individual players,” the Dutchman said, “We still put up a good show against Bengaluru and last week against Goa, and we can only thank ourselves for not winning that game where there was a goal in the last minute of the game.”

With both teams looking for a much-required victory, the fixture promises to be a competitive affair. 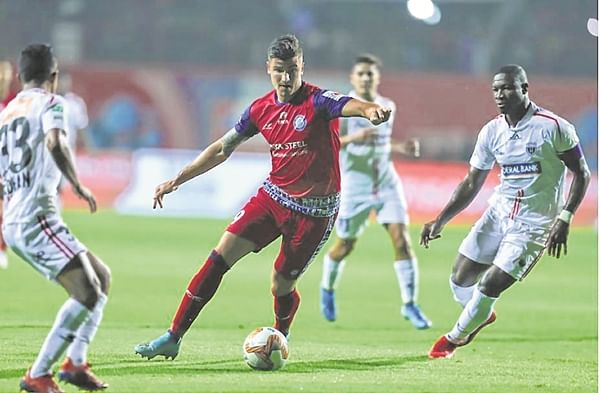