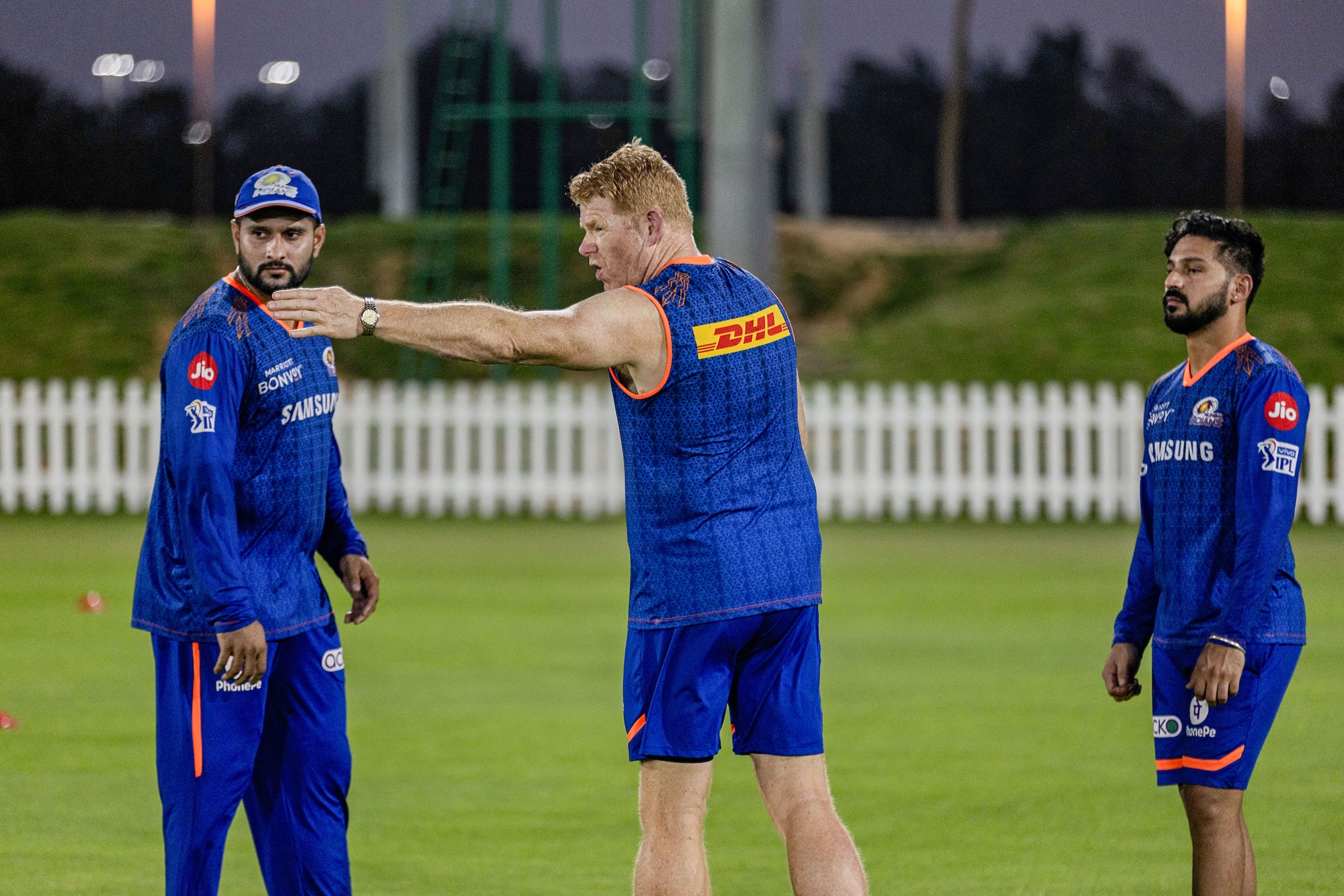 Abu Dhabi: With less than a month away for the start of the second leg of the Indian Premier League, holders, Mumbai Indians began their first training session at the Sheikh Zayed Cricket Stadium in Abu Dhai, here on Saturday.

The five-time champions took to social media to post videos and pictures of the players and support staff training under lights. Indian members of the squad arrived in Abu Dhabi on August 13 and completed their one-week quarantine.

"First day at office in 55 seconds! Turn on your notifications and stay tuned," captioned the franchise giving a summary of their training in a video on social media.

Earlier, the squad was also seen in a video playing a game of pool volleyball after the end of their quarantine period, with the caption as "Diving straight out of quarantine for a game of Pool Volleyball."

In the first match of the second leg of UAE-based IPL 2021, Mumbai Indians will face off against Chennai Super Kings on September 19 in Dubai. Mumbai is placed at fourth place on the points table with eight points from seven matches.