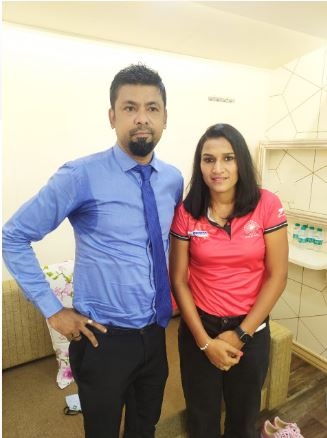 Mumbai: "The greatest glory in living lies not in never falling, but in rising every time we fall." Nelson Mandela's quote fits right in the Indian hockey teams, as both men and women rose every time they fell, proving many critics wrong after their stellar performances at the recently concluded Tokyo Olympics.

While men won bronze losing in the semi-final, the women made it to the World Ranking 4, which is an achievement in itself.

Indian hockey is on top of the chart, and so are the players. For the players who were not known when they left Indian shores on July 17, they have fast become the face of Indian hockey.

"It is great to be back and we thank each and every Indian who supported us then and now," said Rani Rampal, the women’s skipper, one of the players who was in the city for the Kapil Sharma show on Tuesday night, smiling and bubbling with energy. Her enthusiasm is palpable.

Their campaign at the Tokyo Olympics has transformed Indian hockey, with thousands flocking to greet the country's real heroes over the past few days.

“It was much easier playing the 70-minutes other than receptions we have been accorded in these few days," said Manpreet Singh, the men’s team skipper.

And jovially mentions that, “after Tokyo, even the postman knows who is Manpreet”.

Skippers Rani Rampal (women) and Manpreet Singh (men) along with Mandeep and others were at the set of Kapil Sharma's show.

"Oh we have a very tight schedule and are happy people recognise us and it's great to be a celebrity," said Mandeep Singh.

"Yes, we do agree cricket is worshipped in our country, but this sudden turn towards hockey gives goosebumps when we arrive at each of these venues, much more then the monetary assistance we get”.

"Hockey in India is reborn,” signed off Manpreet.

Mumbai Schools Sports Association who have been promoting the game was represented by their hockey secretary Lawrence Bing who was as the special guest at the function.

Rani Ramal and Manpreet Singh thanked MSSA and the entire country for their love, support, prayers and best wishes.