HomeSportsIndia vs SA, 3rd T20I: Where and when to watch, Live on TV, Online

Since their early exit from the T20 World Cup 12 months ago, the Indian batting has come a long way and looks formidable ahead of the next edition beginning later this month.

Virat Kohli in nets practising for the 3rd T20I at Indore. | Twitter/@BCCI
Follow us on

Indore: It may be an inconsequential game on paper but Indian bowlers await another tough test against South Africa ahead of the T20 World Cup when the two teams meet in the final game of the three-match series here on Tuesday.

Having sealed their first-ever series against South Africa at home, India can afford to rest a few of their key players but the hosts will be determined to put up a complete performance before they take the flight to Australia on October 6.

Since their early exit from the T20 World Cup 12 months ago, the Indian batting has come a long way and looks formidable ahead of the next edition beginning later this month.

Majority of the batters remain the same from the UAE edition but it is the drastic change in approach which has made the difference. Heading into the ICC event, India's high-profile top-three have hit top form including K L Rahul who allayed concerns about his strike rate with a sublime effort on Sunday.

Virat Kohli has batted a 140-plus strike rate since the Asia Cup that includes three 50s and a much-awaited hundred. Skipper Rohit has come up with impactful innings over the course of the six games at home against Australia and South Africa.

Number four Suryakumar Yadav is in a league of his own and seems to be batting at a much higher level than his teammates, so much so that Rohit is contemplating to play him straight in the team's World Cup opener against Pakistan on October 23.If Suryakumar indeed is rested, then Shreyas Iyer is likely to take his place.

Rishabh Pant is yet to bat in the series and though Dinesh Karthik got seven balls in the second T20, he too would be hoping to get a hit in the middle.

Jasprit Bumrah's absence has compounded India's bowling woes, especially in the death overs, but the team needs to find a way if the star pacer doesn't get fit in time for the ICC event.

Deepak Chahar, who is among World Cup reserves, has been impressive with the new ball but question marks remain over his efficacy towards the back end of the innings.

Arshdeep Singh has made an impact both with new and old ball but was unusually expensive on Sunday. Having bowled as many as three no balls, it was a forgettable night for the left-arm pacer who would be eager to bounce back.

The variations that Harshal Patel relies on to keep the batters in check have not been producing the desired results since his return from injury. Red ball great R Ashwin is yet to get a wicket in the series and India will be looking to him for wickets in the middle overs. Drafted into the squad in Bumrah's absence, Mohammad Siraj.

In the extreme humidity of Guwahati, the South African pacers struggled to grip the ball and ended up offering far many full tosses to the Indian batters. They would want to rectify that. Despite the series loss, there has been plenty of positives for the visitors in the batting department.

Continuing his menacing form this year, David Miller smashed an unbeaten hundred while Quinton de Kock got much-needed runs before the World Cup. The biggest concern for the Proteas is the form of their skipper Temba Bavuma, who is yet to score a run in the series. 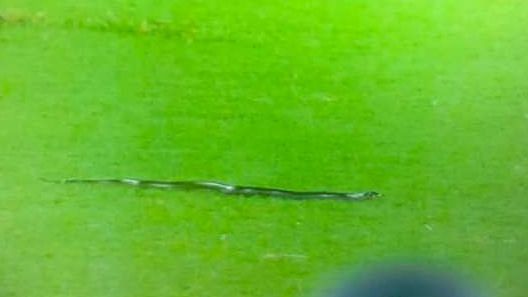