Former India opener Virender Sehwag feels current skipper Rohit Sharma could be relieved from captaincy duties from T20s so that the 35-year-old can manage his workload better.

Rohit has not been able to feature in all of India's matches since taking over as captain due to injuries and workload management.

"If the Indian team management has someone else in mind as captain in the T20 format, then I think, Rohit (Sharma) could be relieved and the following can be taken into consideration going forward," Sehwag told PTI in an interview.

"One, that would allow Rohit to manage his workload and mental fatigue, given his age. Two, once someone new is appointed as captain in T20s, it would also allow Rohit to take breaks and rejuvenate himself to lead India in both Tests and ODIs," he said in an interaction arranged by Sony Sports, the official broadcaster of the India-England series.

However, Sehwag maintained that if the team management sticks with its current policy of having one captain to lead India across the three formats, then Sharma is still an ideal choice. If the Indian think-tank still wants to pursue with the same policy, which is, to let one man leading India in all the three formats, then I still believe, Rohit Sharma is the best man for it."

While a lot of permutation and combination have been at play currently ahead of the T20 World Cup in Australia later this year, the former Indian swashbuckling opener asserted his top three choices among the batters for the tournament would be Rohit Sharma, Ishan Kishan, and KL Rahul.

Options are aplenty at No.3

Star batter Virat Kohli is India's designated number three batter at the moment. "India has options aplenty when it comes to hard hitters in T20s. However, I would personally vouch for Rohit Sharma, Ishan Kishan, and KL Rahul as the top three batters for the World Cup in Australia," Sehwag said.

"The right-hand and left-hand combination of Rohit Sharma and Ishan Kishan, or for that matter, Ishan and KL Rahul could be quite interesting for the World T20," he added.

Sehwag, who was known to take many fearsome pacers to the cleaners in his heyday, was all praise for young pacer Umran Malik, and believes, that the 22-year-old should feature in the World Cup alongside the likes of Mohammed Shami and Jasprit Bumrah as one of India's bowling mainstays.

"If there is one pacer who has thoroughly impressed me, of late, it is none other than Umran Malik. He should definitely be part of India's plans as one of the key bowlers alongside the likes of Jasprit Bumrah and Mohammed Shami," Sehwag stated.

"This IPL has given us many promising young bowlers, but Umran's skills and talent will definitely earn him a place in the Indian across all three formats in the long run," he remarked. 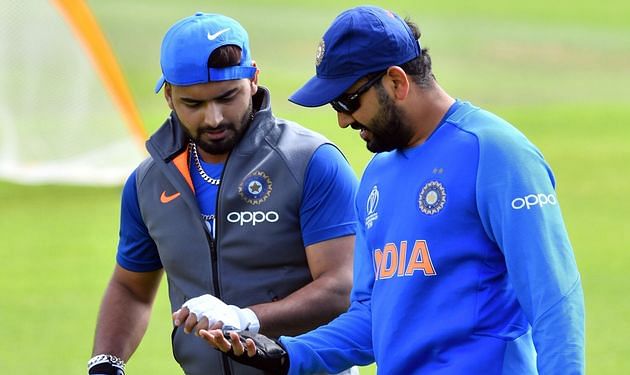