New Delhi, August 30: President of India Ram Nath Kovind and Prime Minister Narendra Modi led the political brass of the country in congratulating the Indian Paralympic athletes, who made the nation proud with their rich haul of medals at the Tokyo Games on Monday.

Sundar Singh Gurjar also chipped in with a bronze, finishing behind Jhajharia in the men's javelin throw F46 final. India's medal count has now risen to seven, including one gold (shooting), three more than the four secured in the 2016 Rio Games.

Besides, shooter Avani Lekhara scripted history as she became the first Indian woman to win a gold medal at the Paralympics, firing her way to the top of the podium in the R-2 women's 10m Air Rifle Standing SH1 event in Tokyo.

The 19-year-old from Jaipur, who sustained spinal cord injuries in a car accident in 2012, finished with a world record equalling total of 249.6, which is also a new Paralympic record.

"Another daughter of India makes us proud! Congratulations to Avani Lekhara for creating history and becoming the first Indian woman to win a Gold at #Paralympics. India is elated by your stellar performance! Our tricolour flies high at the podium due to your phenomenal feat," Kovind wrote in another tweet.

PM Modi also took to the social networking site to pass across his wishes to the proud para athletes.

"Superb performance by @DevJhajharia! One of our most experienced athletes wins a Silver medal. Devendra has been making India continuously proud. Congratulations to him. Best of luck for his future endeavours. #Paralympics "India is overjoyed by the Bronze medal won by @SundarSGurjar. He has shown remarkable courage and dedication. Congratulations to him. Wishing him the very best. #Paralympics," he wrote.

"Outstanding performance by Yogesh Kathuniya. Delighted that he brings home the Silver medal. His exemplary success will motivate budding athletes. Congrats to him. Wishing him the very best for his future endeavours. #Paralympics "Phenomenal performance @AvaniLekhara! Congratulations on winning a hard-earned and well-deserved Gold, made possible due to your industrious nature and passion towards shooting. This is truly a special moment for Indian sports. Best wishes for your future endeavours," Modi added.

"Congratulations to Yogesh Katunia, who won a gold medal in the women's 10m air rifle at the Tokyo Paralympics 2020, and a silver medal in the men's discus throw. The country is proud of their achievements. I wish their future a bright future.#Paralympics," he tweeted.

"The entire nation is proud of your accomplishments. My best wishes for your bright future ahead," Naidu added.

"Amazing Avani winsFirst place medal. A historic achievement as she becomes the only woman in Olympics & Paralympics to win a gold ! "Shooting in 10m AR Standing SH1 Final. Score of 249.6 creating a Paralympic Record. Equalling the World Record," Thakur wrote his twitter handle.

Congress leader Rahul Gandhi was not to be left behind as he also wished the para athletes on their stupendous show in Tokyo so far.

"Devendra Jhajharia and Sundar Singh Gurjar have won #Silver and #Bronze respectively in Men's Javelin Throw F46 event. Big congratulations! This has been a good morning for sports in India," he wrote.

"Congratulations for the #Silver to Yogesh Kathuniya! The nation stands proud of your inspirational achievements. 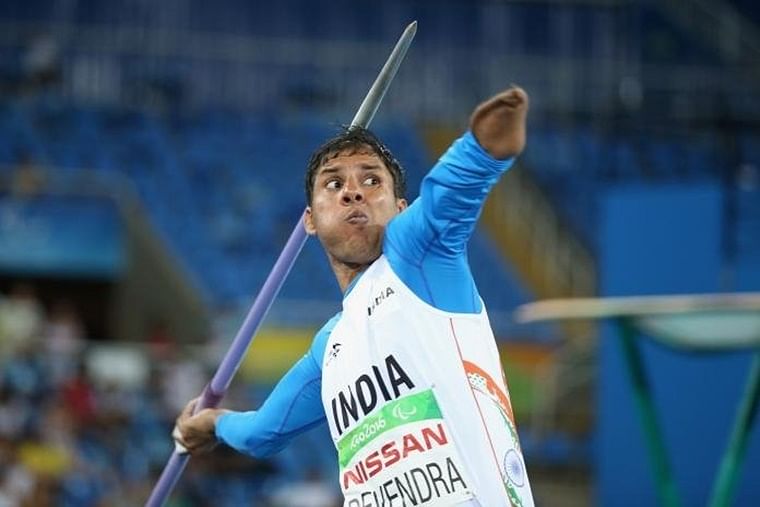