Indian batters profit after impressive showings in the South Africa series as Suryakumar Yadav inches closer to the top spot while opener KL Rahul jumps to 14th after jumping seven spots in the ICC rankings released on Wednesday.

By concluding India's most recent T20I series at home against South Africa with two half-centuries and as their highest run scorer with a total of 119 runs, Yadav maintained his astounding climb in 2022.

Yadav's performance brought him to within 16 rating points of Rizwan in the latest T20I batter rankings, which the ICC revealed on October 5. The 32-year-old should have the opportunity to take home the top spot at the 2022 ICC T20 World Cup in Australia owing to his recent impressive showing.

With an impressive total of 316 runs in the recent seven-match T20I series against England, Rizwan finished as the series' top run scorer. However, the veteran was rested for the sixth game of the series and managed just one run in the series finale in Lahore, causing the right-hander to lose important breathing room at the top of the rankings.

The competition for first place is so close that Yadav might have even passed his Pakistani counterpart in the final game of India's series against South Africa in Indore with a sizable score, but the right-hander was out for only eight runs.

While a number of other batters from across the world made enormous leaps on the most recent set of rankings, Pakistan captain Babar Azam is still third on the T20I batter rankings and should not be ignored for reclaiming the top spot.

India opener KL Rahul jumps seven spots to 14th on the updated list on the back of his 108 runs from two matches against the Proteas, while South Africa trio Quinton de Kock (up eight spots to 12th), Rilee Rossouw (up 23 places to 20th) and David Miller (up 10 spots to 29th) were also notable movers up the list.

After a decent series for England against Pakistan, dependable top-order performer Dawid Malan moves up one rank to fifth, and teammate Ben Duckett (up eight spots to tie for 24th) is also improving.

Following the conclusion of two recent series in India and Pakistan, there has been some shuffling behind Australia seamer Josh Hazlewood in the new list of T20I bowlers.

Keshav Maharaj of South Africa has moved up seven positions to tenth place overall after a successful series against India in which the 32-year-old took four wickets at an economy rate of just over seven, breaking into the spin-dominated top 10.

The top 10 all-rounders on the most recent list barely changed, with Afghanistan's veteran Mohammad Nabi remaining at the top and India's dasher Hardik Pandya falling one spot to fifth overall. 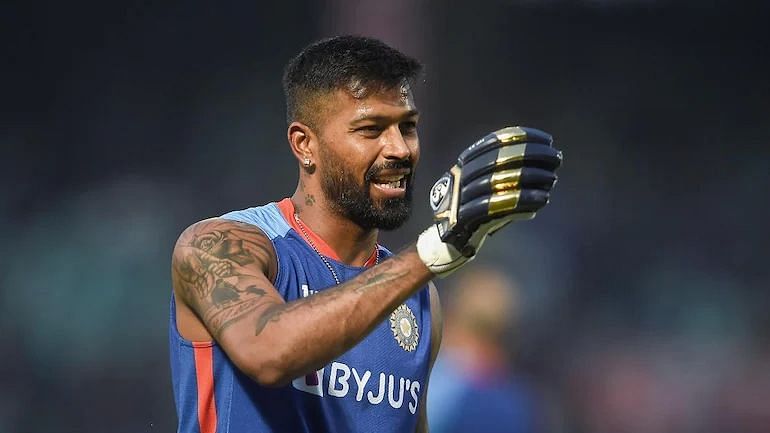 'Maradona is watching us from heaven': Lionel Messi after Argentina reach semis of FIFA World Cup...

FIFA World Cup 2022: Neymar distraught after Brazil's loss to Croatia, says it feels like a...