I was not as rusty as I had thought: Sania Mirza

She and her Ukranian partner Nadia Kichenok defeated Zhang Shuai and Peng Shuai of China 6-4, 6-4 in the finals.
PTI 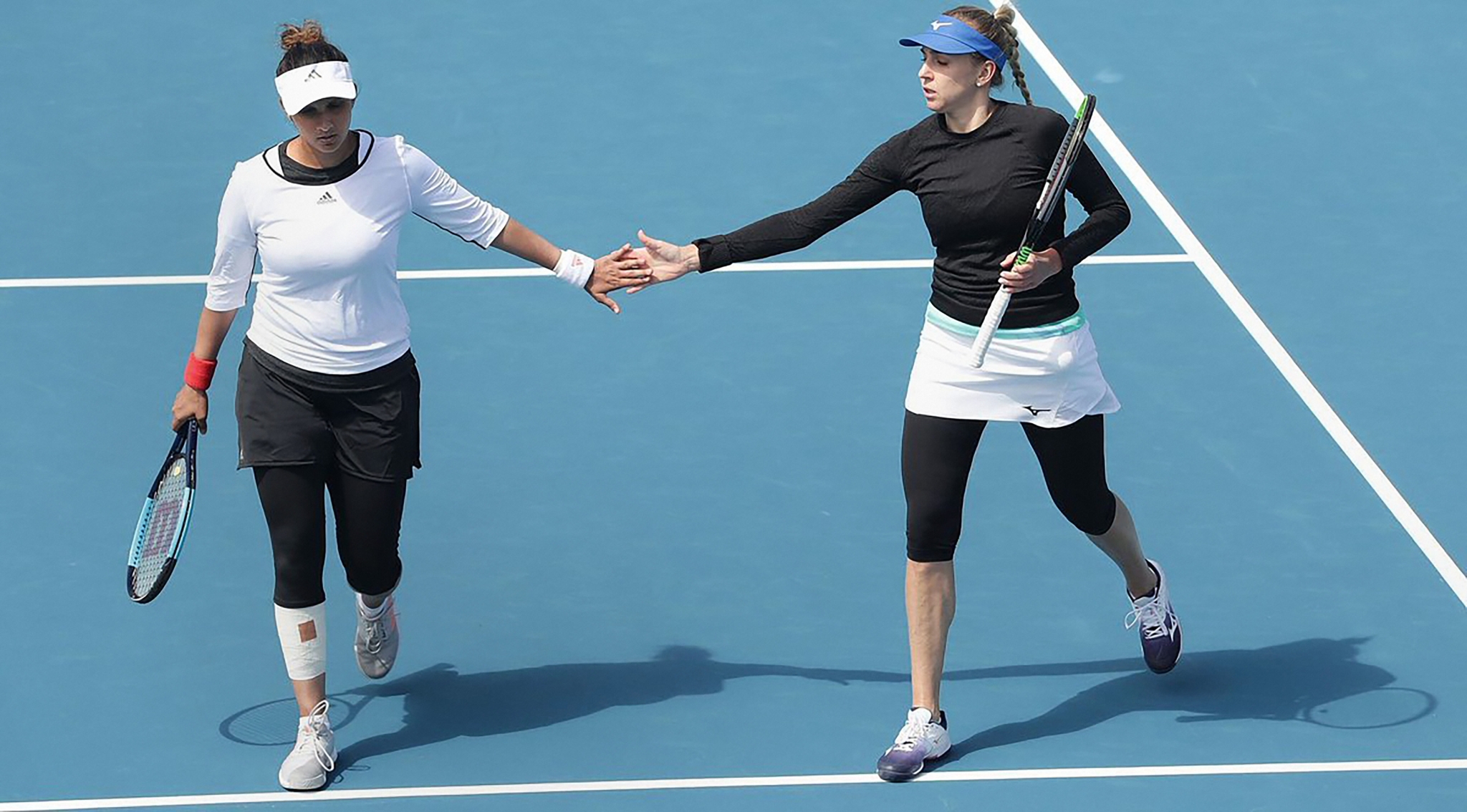 New Delhi: There was not much rustiness but just the initial nervousness, which a pleasantly surprised Sania Mirza shook off to win a title in her first tournament in 27 months, capping off her comeback from a maternity leave in style.

She worked hard to get into shape but the way she moved, it seemed Sania was never away from the courts.

"It's something I did not expect totally, so to say, but I am excited to be able to do this in my first tournament on comeback," Sania told PTI in an exclusive interview from Melbourne.

"I honestly thought I would be a bit more rustier than I was. I was pleasantly surprised that I was not as rusty as I thought. But there are things I can improve upon and that is what make a champion. You always want to get better in what you are doing, no matter how well you do."

The 33-year-old, winner of six Grand Slam titles, said she played without pressure, and insisted there was no secret to the swift success on comeback.

"There is no key, I wish I knew, there was one key to winning. I just enjoyed my game. You have to work hard, play your game. I was playing with a new partner, new year after two-and-a-half years. There was no pressure and no expectations.

"The first match was the only one when I felt a bit nervous because I did not know how my body will react and how I would play. That match was difficult but it set the tone and momentum. I was happy to come though that one and after that things kept getting better and better," she said.

Sania said her body has certainly changed after giving birth to son Izhaan but she did not have to tweak her post-match recovery process much.

"It does change. I was dealing with a calf injury, from last month and I aggravated a bit today. I am still icing it as we speak but it should not be serious.

"The body is a lot different now. It recovers different. But recovery (process) has not changed so much, it's similar."

Asked if she could go for her shots as she was doing before the break, she said, "I was able to do enough, I can improve, no matter how I play."

"My serve was decent but I can improve. I the first match I was not serving that well and was not returning well on important points but by the time I was playing the final, I was doing both of those little better. It is a process, it does not happen overnight. It's something will keep working on." Serena Williams set an example in 2018 when she came out playing highly competitive tennis after giving birth to her daughter Olympia. There are other tennis moms like Victoria Azrenka and Evgeniya Rodina.

Sania said she did not seek any input from tennis moms but their presence on the Tour is inspiring enough.

"I did not speak to any one but it is inspiring to see so many moms around, playing well in different sports."

Talking about her partner Kichenov, Sania said they joined forces through a common friend.

"She plays backhand side and was available, so it just happened."

Sania will play the Australian Open mixed doubles with compatriot Rohan Bopnna after her original first-choice Rajeev Ram opted out due to health reasons.

Asked if teaming up with Bopanna was not thought about from the beginning since it's an Olympic year and they might play together again after the Rio Olympics, where they narrowly missed a medal, Sania said that's not how she planned it.

"We don't focus on something that will happen after seven months and there are 15 tournaments to be played before that, it's not a privilege that tennis players have. I had already spoken to Rajeev in November but he fell sick. I asked Rohan and he said yes, so we decided to play.

"Olympics is something that is at the back of my head but I am not completely focussed on it as of now. I am focussing on every match and tournament I play now." 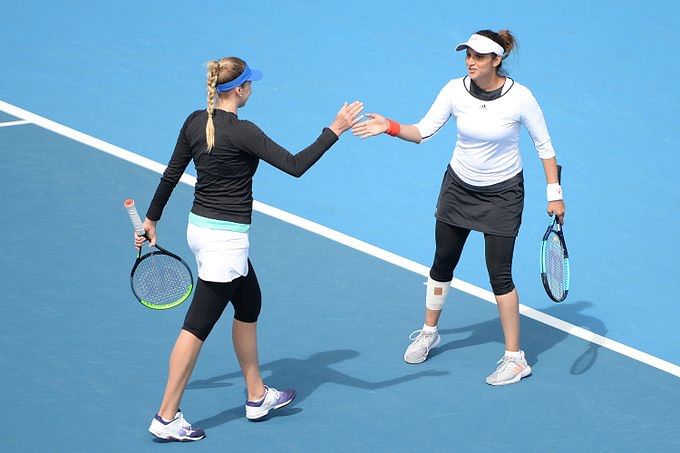 Sania and Kichenok in summit clash