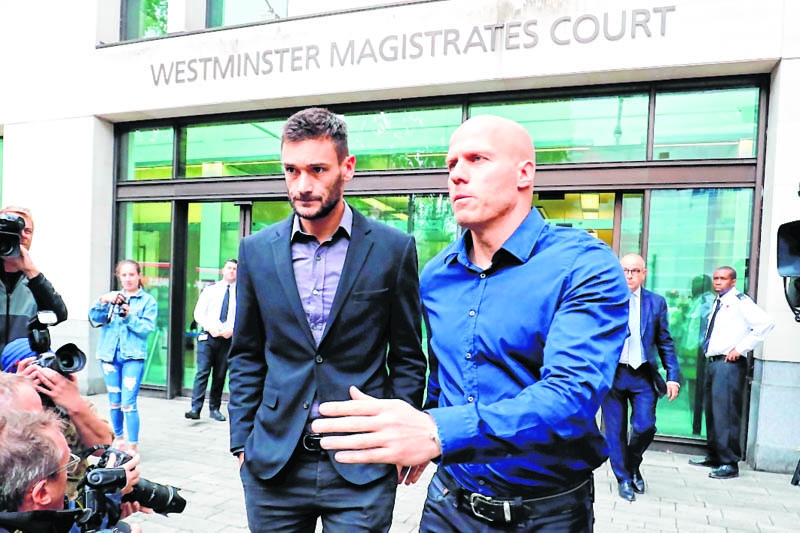 London: Hugo Lloris saved a last-minute penalty from Pierre-Emerick Aubameyang as Tottenham avoided a third straight defeat and claimed a 1-1 draw with Arsenal in Saturday’s north London derby. Arsenal led early on through Aaron Ramsey’s well-taken goal, but Harry Kane’s contentious penalty 16 minutes from time ensured third-placed Spurs maintain a four-point lead over the Gunners in the fight for top-four finish. Manchester United can overtake Arsenal and move into fourth with victory over Southampton at Old Trafford later on Saturday.

Unai Emery’s men will reflect on a missed opportunity to inflict further pain on a Spurs side that had lost to Burnley and Chelsea in the past week. Emery made a number of big calls with his starting line-up with Aubameyang dropped to the bench alongside Mesut Ozil even though both scored in Wednesday’s 5-1 thrashing of Bournemouth. Alexandre Lacazette was instead handed the task of leading the line and the Frenchman spurned a big chance inside three minutes when he skewed his shot wide with just international teammate Lloris to beat.

Lacazette has edged ahead of Aubameyang in Emery’s pecking order thanks to his superior link-up play and that showed in Arsenal’s opener. Davinson Sanchez misjudged his header from a long ball forward and with one touch Lacazette sent Ramsey in the clear.

City on top spot
Riyad Mahrez fired Manchester City back to the top of the Premier League as the champions won 1-0 against Bournemouth, on Saturday. Pep Guardiola’s side sit two points above Liverpool thanks to Mahrez’s second-half winner at Dean Court. The only frustration for City in a hard-fought victory were injuries to Kevin De Bruyne and John Stones, which could significantly impact their bid to win an unprecedented quadruple.