Former New Zealand batter Ross Taylor revealed that he was 'slapped' by one of the owners of the Rajasthan Royals franchise during the 2011 IPL season.

Taylor made this shocking revelation in his new autobiography, Ross Taylor: Black & White, and said that the incident took place after Kings XI Punjab ( Punjab Kings) suffered a defeat against RR in Mohali.

"The chase was 195, I was lbw for a duck and we didn't get close," Taylor wrote in his book, a section of which was published on Stuff.co.nz as quoted by ESPNcricinfo.

"Afterwards, the team, support staff and management were in the bar on the top floor of the hotel. Liz Hurley was there with Warnie [Shane Warne]. One of the Royals owners said to me, 'Ross, we didn't pay you a million dollars to get a duck,' and slapped me across the face three or four times. He was laughing and they weren't hard slaps but I'm not sure that it was entirely play-acting. Under the circumstances, I wasn't going to make an issue of it, but I couldn't imagine it happening in many professional sporting environments," he further wrote in his autobiography.

The former New Zealand batter played for Royal Challengers Bangalore from 2008 to 2010 and then the represented RR in 2011. He then played three more seasons for Delhi Daredevils and Pune Warriors India.

Earlier, Taylor revealed that he was offended by racial remarks from teammates and staff in New Zealand dressing rooms during his career spanning sixteen years, insisting that the national cricket board could do more to bring Polynesian talent into the sport.

Taylor has a Samoan heritage on his mother's side. He announced his retirement from international cricket earlier this year and revealed in his autobiography "Ross Taylor Black and White" the racial remarks that he and other teammates endured from white players in the dressing room.

"In many ways, dressing room banter is the barometer. A team-mate used to tell me: 'You are half a good guy, Ross, but which half is good? You do not know what I am referring to.' I was pretty sure I did," Sky Sports quoted Taylor as saying in his book.

"Other players also had to put up with comments that dwelt on their ethnicity. In all probability, a Pakeha [white New Zealander] listening to those sorts of comments would think, 'Oh, that is okay, it is just a bit of banter'. But he is hearing it as a white person, and it is not directed at people like him. So, there is no pushback; no one corrects them," he added.

The hard-hitting batter also represented New Zealand in 102 T20Is, scoring 1,909 runs in them at an average of 26.15. He has scored seven half-centuries in the format with the best score of 63. 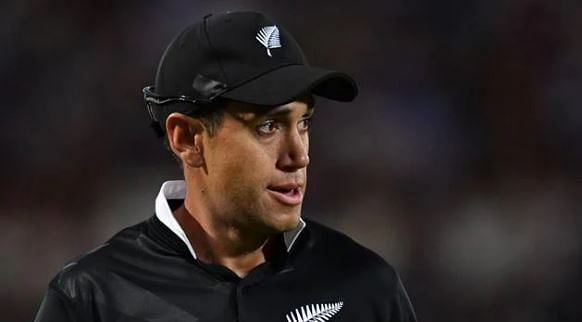