Future of fantasy sports in India

Fantasy sports is a type of game that is often played on the internet, where participants create teams using players involved in professional sports. These teams compete with each other based on their statistical performances in a live game. Each sport has a points system based on an individual player's performance. The team with the maximum number of points wins the game.

The most popular fantasy sports in India are outdoor sports, with cricket being clear at the top. Apps such as My11Circle fantasy cricket app are extremely popular for fantasy sports gaming. Other sports such as football and basketball have acquired a huge following and numerous competitors in the fantasy gaming arena thanks to the popularity of the English Premier League (EPL) in England and the NBA (National Basketball Association) competition in the United States of America. Local sports which are extremely popular, such as Kabaddi and Hockey, have also made a name for themselves in fantasy sports. Meanwhile, the most popular skill-based card game in India is rummy.

Let us take a look at what the future of fantasy sports could look like in India.

Expected growth of fantasy sports gaming in the near future

The key reason for this surge in growth is thanks to the increase of user-friendly fantasy sports platforms and wider internet penetration across the country. Digitization is also expected to be the critical factor that leads to the arrival of many more fantasy sports apps. Many tech-savvy individuals, a majority of whom are millennials, now have access to the internet, which has led to this rapid expansion.

Certain changes are expected to fantasy sports platforms in order to enhance user experience. These days, more platforms have a dedicated customer service system that operates 24*7 to attend to the user's needs. Platforms generally offer cash withdrawal via linking of bank accounts. However, some fantasy sports platforms have begun offering withdrawal via wallets such as Paytm and Amazon Pay to ease users' convenience for bill payments.

Another major change that is expected in the future is granting permission to players in states where fantasy sports gaming is banned in India. Certain states in the north-eastern belt such as Assam, Sikkim, Nagaland, as well as states in the south such as Karnataka, Odisha, Andhra Pradesh, and Telangana, have blocked users from indulging in these games. This is because these states do not consider fantasy sports to be skill-based.

However, a few days ago, the Karnataka High Court struck down a state government law that banned online fantasy sports in the region. The law was passed following favorable judgments by the High Courts of states such as Punjab, Haryana, Rajasthan that have recognized fantasy sports as skill-based games and a legitimate business activity under the Constitution of India. Soon, other states could follow suit and permit fantasy-based gaming.

Another change that is expected is the usage of cryptocurrency for investing in the game. With the new form of digital currency being the next big thing, there are fantasy sports that would be willing to provide payment gateways for cryptocurrency investments to play fantasy sports and withdraw money in the same form of digital currency. However, India's recent budget stated that gains from virtual assets would be taxed at 30 percent plus 1 percent TDS levied on transfers above a monetary threshold. While this idea may not immediately take off, it has the potential to become a reality in the not-so-distant future.

This sums up our understanding of the future potential of fantasy sports in India. Fantasy sports apps have plenty of gaming choices to offer already, and we expect them to attract a wider range of players in the coming years. 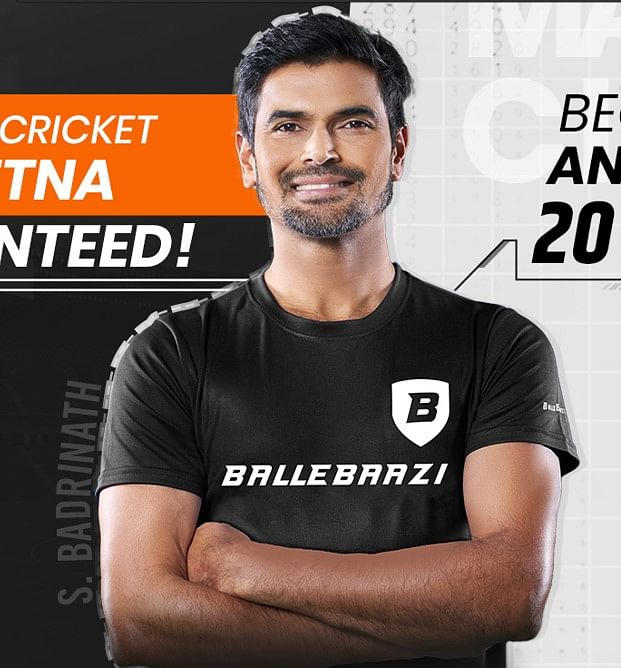 HomeSportsFuture of fantasy sports in India