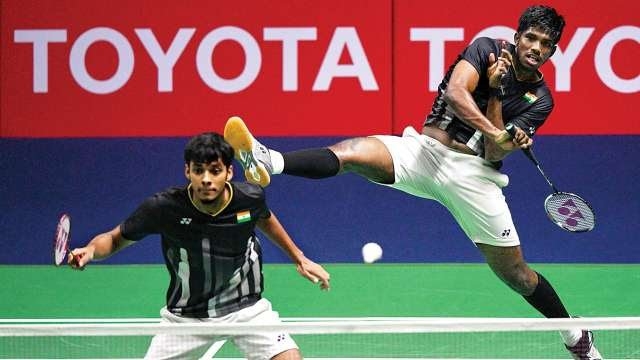 The world No. 11 pair will next face Denmark's Kim Astrup and Anders Skaarup Rasmussen. World champion Sindhu, who made early exits in the last three tournaments at China, Korea and Denmark, beat Singapore's Yeo Jia Min 21-10 21-13 in 34 minutes to snap her recent run of early exits and enter the quarterfinals. The world No. 6 Indian is expected to meet world No. 1 Tai Tzu Ying of Chinese Taipei next.

The eighth-seeded London Olympics bronze medallist Saina, who had won the Indonesia Masters early in the year before going through a rough patch, dispatched Denmark's Line Højmark Kjaersfeldt 21-10 21-11 in 27 minutes to make it to the last eight.

The reigning Commonwealth Games champion will next take on Korea's An Se Young, who had last week knocked out P V Sindhu in opening round of Denmark Open.