Sochi, July 16: Indian Grandmasters R Praggnanandhaa, B Adhiban and Nihal Sarin sailed into the third round of the men's event in the FIDE chess World Cup here on Friday.

The 15-year-old Praggnanandha won the second game of the two-game mini match against the experienced Armenian Gabriel Sargissian to wrap up a 2-0 win. He will face Michal Krasenkow of Poland next.

Adhiban got past Neuris Delgado Ramirez of Paraguay by a 2-0 margin. After having romped to victory in 22 moves in the first game, the Indian GM had to fight hard before winning the second game in 58 moves.

Adhiban will face the winner of the match between Vidit Santosh Gujrathi and Alexander Fier, who play the tiebreak on Saturday.

The highly-rated Gujrathi will fight it out in the tie-break on Saturday after his match against Fier (Brazil) ended at 1-1 with both games being drawn.

The 17-year old Nihal Sarin quelled the challenge of Sanan Sjugirov 1.5-0.5 to book a spot in the third round.

However, P Iniyan crashed out of the tournament, losing to higher-rated Russian Evgeny Tomashevsky 0-2. So did fellow Indian Aravindh Chithambaram VR as he went down 0.5-1.5 to Nodirbek Abdusattorov.

In the women's section, D Harika is through to the next round after her Indonesian opponent Media Warda Aulia withdrew from the event over health concerns.

Meanwhile, GM Levon Aronian, the third highest rated player in the fray, withdrew from the tournament.

"Dear all, with regret I have to inform you about my withdrawal from the FIDE World Cup 2021. Having a high fever and tonsillitis, despite my great desire to play, I have to be rational and put mine, and the health of others first," he tweeted.

"Please take care of yourself, and hopefully the tournament will continue without any misfortunes," the Armenian GM added. 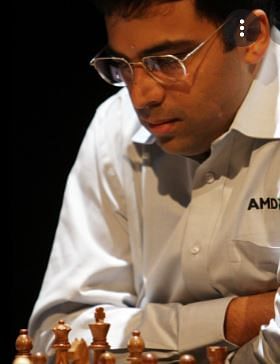