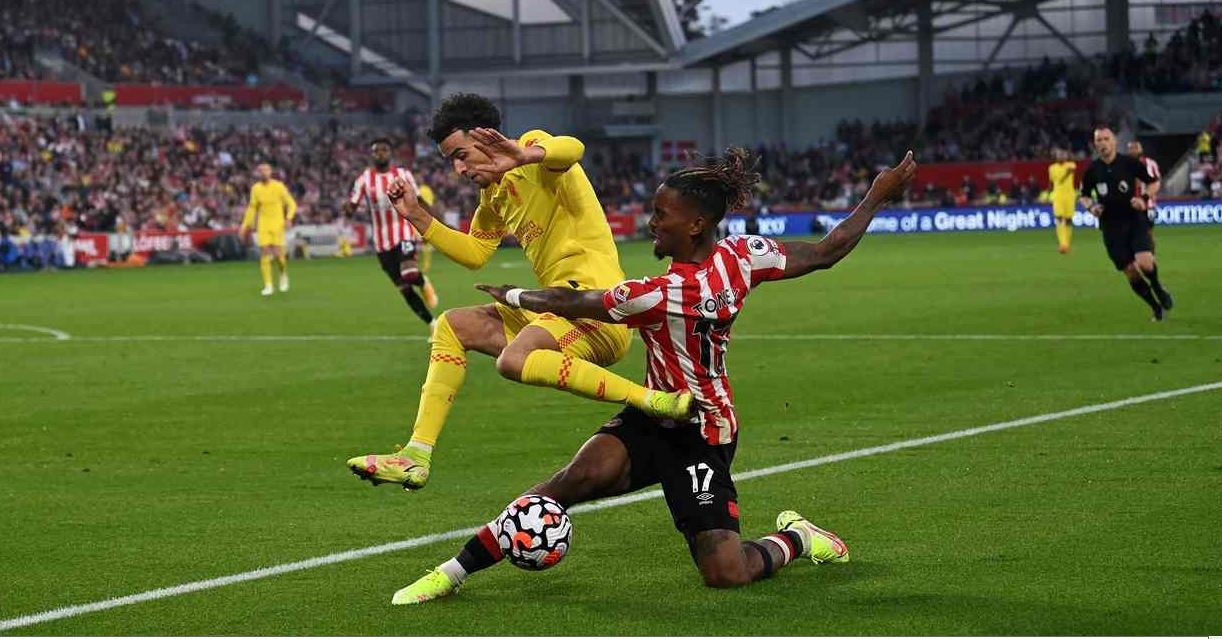 Both teams had shots cleared off the line in a fast-paced opening 10 minutes.

Brentford's Ethan Pinnock reacted quickest to tap in the opener on 27 minutes, but Liverpool were level four minutes later through Diogo Jota's header.

Salah latched on to Fabinho's pass to score his 100th league goal for Liverpool shortly before the hour mark.

But Brentford came back and Vitaly Janelt headed a loose ball in after Pontus Jansson had hit the the bar. That parity did not last long as Curtis Jones struck from range to put Liverpool back in front midway through the second half.

Salah lobbed over when through on goal and Wissa made him pay, neatly clipping in a loose ball from close range with eight minutes remaining.

The result means Brentford are ninth on nine points and Liverpool go a point clear of Manchester City at the top.

At the King Power Stadium, Leicester, Jamie Vardy recovered from scoring an early own goal to score twice and earn Leicester City a 2-2 draw with winless Burnley.

The striker flicked Ashley Westwood's corner past team-mate Kasper Schmeichel to give the visitors the lead after 12 minutes.

He redeemed himself on 37 minutes, latching on to a Youri Tielemans through-ball and finding the bottom-left corner.

The Ivorian volleyed Matej Vydra's cross spectacularly past Schmeichel but was forced off shortly after through injury. The second half continued in a similar end-to-end fashion and Vardy eventually squeezed the ball in from a tight angle to level for a second time with five minutes to play.