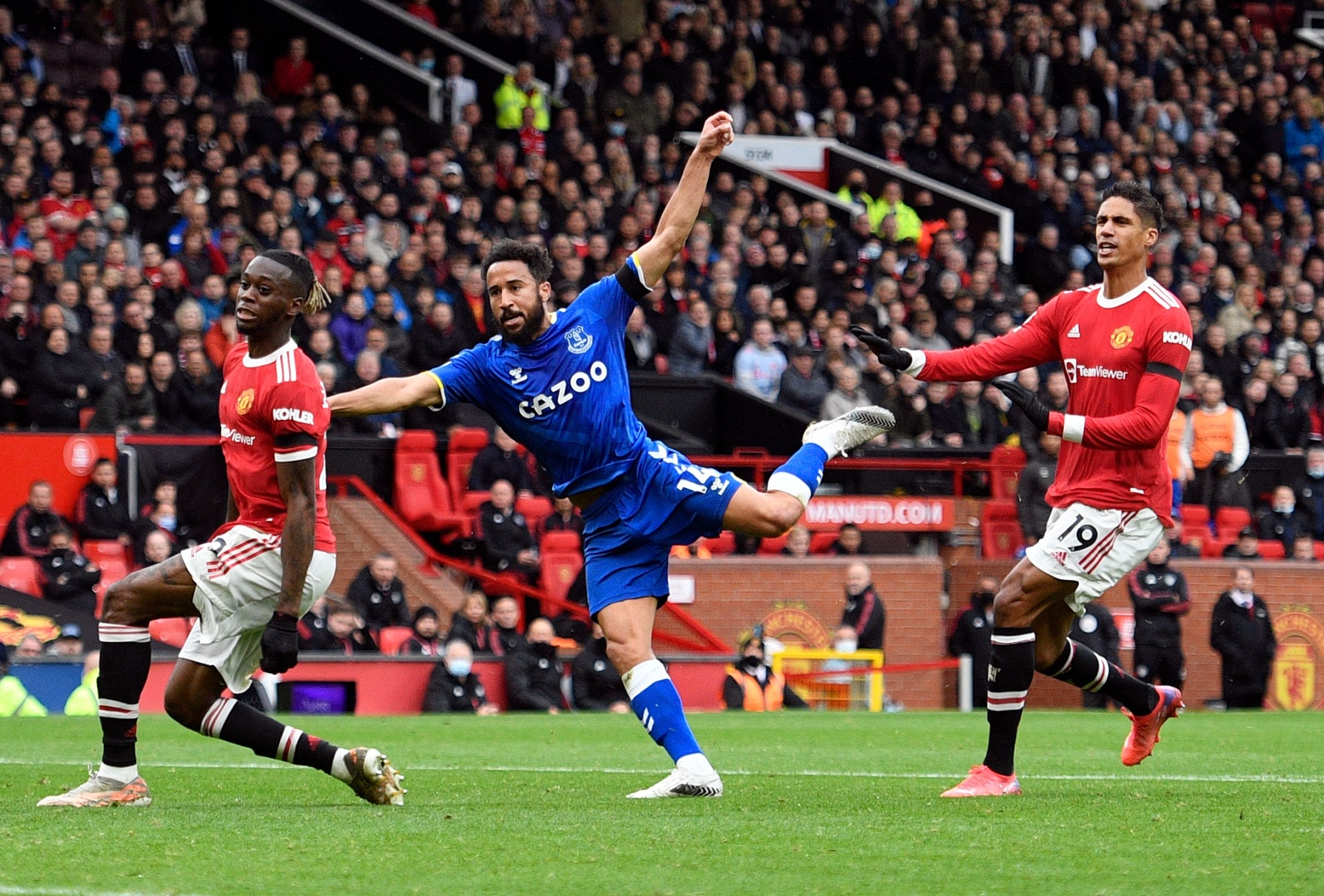 Manchester: Andros Townsend scored for the second successive week to earn Everton a 1-1 draw at Old Trafford, as Manchester United were denied the chance to go top of the Premier League, here on Saturday.

Townsend, who scored for Crystal Palace at the same venue last season, converted an Abdoulaye Doucoure pass at the end of a swift counter-attack started by Demarai Gray in the 65th minute.

Anthony Martial had put United ahead just before half-time when he curled home his first Premier League goal since February from a Bruno Fernandes pass.

Edinson Cavani had earlier been denied by David De Gea, but the visitors had enjoyed first-half chances of their own with Townsend and Gray both going close.

Cristiano Ronaldo made his 200th Premier League appearance as a substitute, shortly before Townsend scored, but could not find a winner for the hosts.

Indeed it was Everton who came closest to claiming the three points when Yerry Mina found the net, only for his effort to be ruled out for offside following a VAR check.

Both sides end the day on 14 points, level with leaders Liverpool, with second-placed United just ahead of the Toffees on goal difference.

Cristiano Ronaldo has been voted Manchester United's Player of the Month for September by the club's supporters. The Portuguese superstar, who re-signed for the Reds on the last day of August, started the month with his grand return to Old Trafford and scored a brace in United's 4-1 win against Newcastle United. Away at West Ham United the following weekend, the no.7 scored a crucial equaliser as United came away with three points from London following a dramatic ending, which included a screamer from Jesse Lingard and a penalty save from David De Gea. In between those games, Cristiano had also scored on his return to the European stage, against Young Boys in Bern.