England left-arm spinner Jack Leach on Thursday was withdrawn from the first Test against New Zealand at Lord's due to concussion, said the England and Wales Cricket Board (ECB).

The incident occurred during the sixth over of New Zealand's innings on day one when left-handed batter Devon Conway edged the ball between gully and backward point. Leach gave a chase from the backward point region and managed to pull the ball back inside inches from the boundary rope. But while doing so, Leach, 30, landed awkwardly on his head while trying to prevent the boundary. After this, Leach went off the field alongside the physio.

"Jack Leach has symptoms of concussion following his head injury whilst fielding. As per concussion guidelines, he has been withdrawn from this Test. We will confirm a concussion replacement in due course," said the ECB in a tweet.

England did not name a concussion substitute for Leach. But there is no other spinner in the squad, so it remains to be seen who will be called up to the Test squad as a like-for-like replacement for Leach. 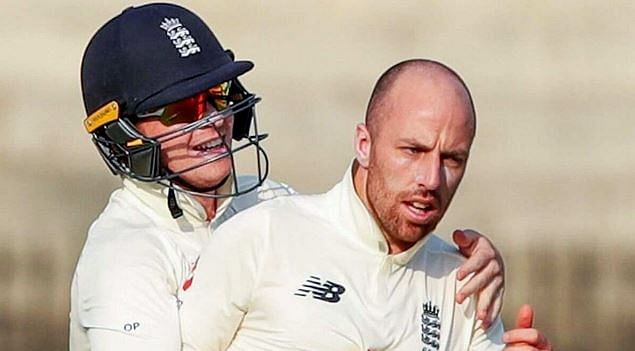