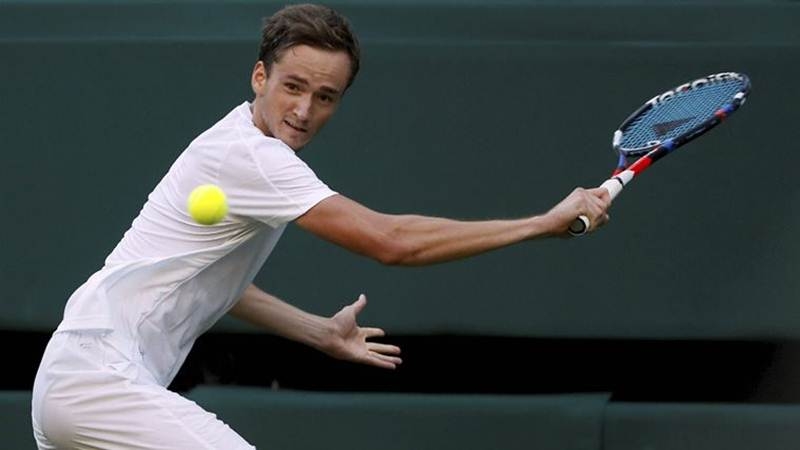 On Saturday, Medvedev came from one set down to beat world number two Rafael Nadal 3-6, 7-6(7-4), 6-3, reaching the final at the ATP Finals for the first time.

Nadal looked to be cruising after the first set, but was quickly down 0-3 in the second set. The 34-year-old showed great determination to come from behind to lead 5-4, but the Russian refused to give up with powerful serves and strong forehands.

In the deciding set, the Spaniard couldn't find a way to hold his soaring opponent, ending his season still await for a trophy of the season finale.

Medvedev can become the fourth player to triumph at the year-end championships at the O2 Arena following a winless debut.

Earlier, in the other semi-final, Thiem had edged world number one Novak Djokovic 7-5, 6-7(12-10), 7-6(7-5) to reach the final of the year-ending tournament for the second consecutive year.

Thiem broke serve at 5-5 in the first set and sealed it with an ace. Djokovic, however, grinded his way to victory in the second set, denying Thiem the win despite the Austrian getting four chances to seal the game.

The third game was also pushed to a tiebreaker, which was started by Thiem but he went on to lose the next three points. He, however, roared back to win the next six points and while Djokovic saved a fifth match point, Thiem got the job done at the next opportunity.