HomeSportsAUS vs WI 2nd Test: Steve Smith to captain Australia again after Pat Cummins ruled out due to injury

AUS vs WI 2nd Test: Steve Smith to captain Australia again after Pat Cummins ruled out due to injury

Adelaide: Steve Smith on Wednesday returned as Australia captain after Pat Cummins failed to recover from an injury and was ruled out of the second Test against the West Indies beginning on Thursday.

The Aussie pace spearhead had suffered a quadricep strain and was out of action on the final day of the first Test that the hosts won by 164 runs to take a 1-0 lead in the two-match series.

Scott Boland, 33, was named as Cummins' replacement by Cricket Australia, while Smith has now been elevated to captaincy for the day-night Test.

"Team medical staff commenced Cummins' recovery in Adelaide but selectors deemed there was not sufficient time for the fast bowler to be fully fit for the match, which starts tomorrow," a Cricket Australia said in a statement.

The 29-year-old Cummins had also missed last year's Adelaide Test against England as a close COVID-19 contact and Smith took over the reins to lead Australia to a resounding 275-run win.

Boland, who averaged 9.55 after his three Ashes Tests last year, is expected to form the pace attack with Mitchell Starc, Josh Hazlewood and Cameron Green.

Read Also
'I've made the difficult decision...': KKR all-rounder Pat Cummins opts out of IPL 2023 due to... 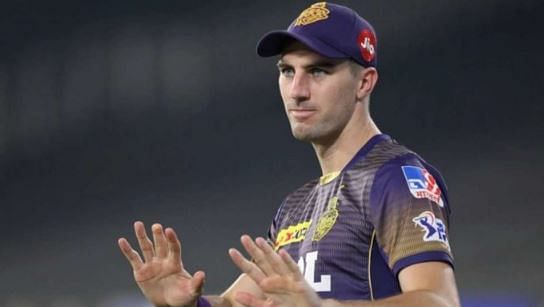 'Hopefully u no what to do with that machine': West Indies cricketer's response to Sanju Samson's...