The Indian women's recurve team of Deepika Kumari, Ankita Bhakat and Simranjeet Kaur settled for a silver medal after the trio's fairytale run was halted by Chinese Taipei in a one-sided final at the World Cup Stage 3 on Sunday.

India concluded their campaign with one gold and two silver medals -- two of them coming in the compound section.

The women's recurve team, who bagged a lowly 13th seed after the trio slipped out of top-30 in their individual qualification rounds, failed to make much of an impact and lost to Chinese Taipei 5-1 (53-56 56-56 53-56) in straight sets.

With Rio Olympics team bronze medallist Lei Chien-Ying in the line up, third seed Chinese Taipei mounted early pressure with two 10s and four 9s as India shot a 7 in the first set that proved to be the turning point.

The Indian trio bounced back to level the second set but that was not enough as it again slipped in the third set, while Chinese maintained their consistency to seal the gold.

Nevertheless, it was a memorable return for world no. 3 Deepika, who returned with a team silver after being sidelined following her Tokyo Olympics debacle.

But the tournament was all about compound archer Jyothi Surekha Vennam's dream comeback, who led India's medal tally with one gold (mixed team event with Abhishek Verma) and one silver (individual) on Saturday.

The world no. 3 Jyothi too was snubbed in the Asian Games trial earlier this year. 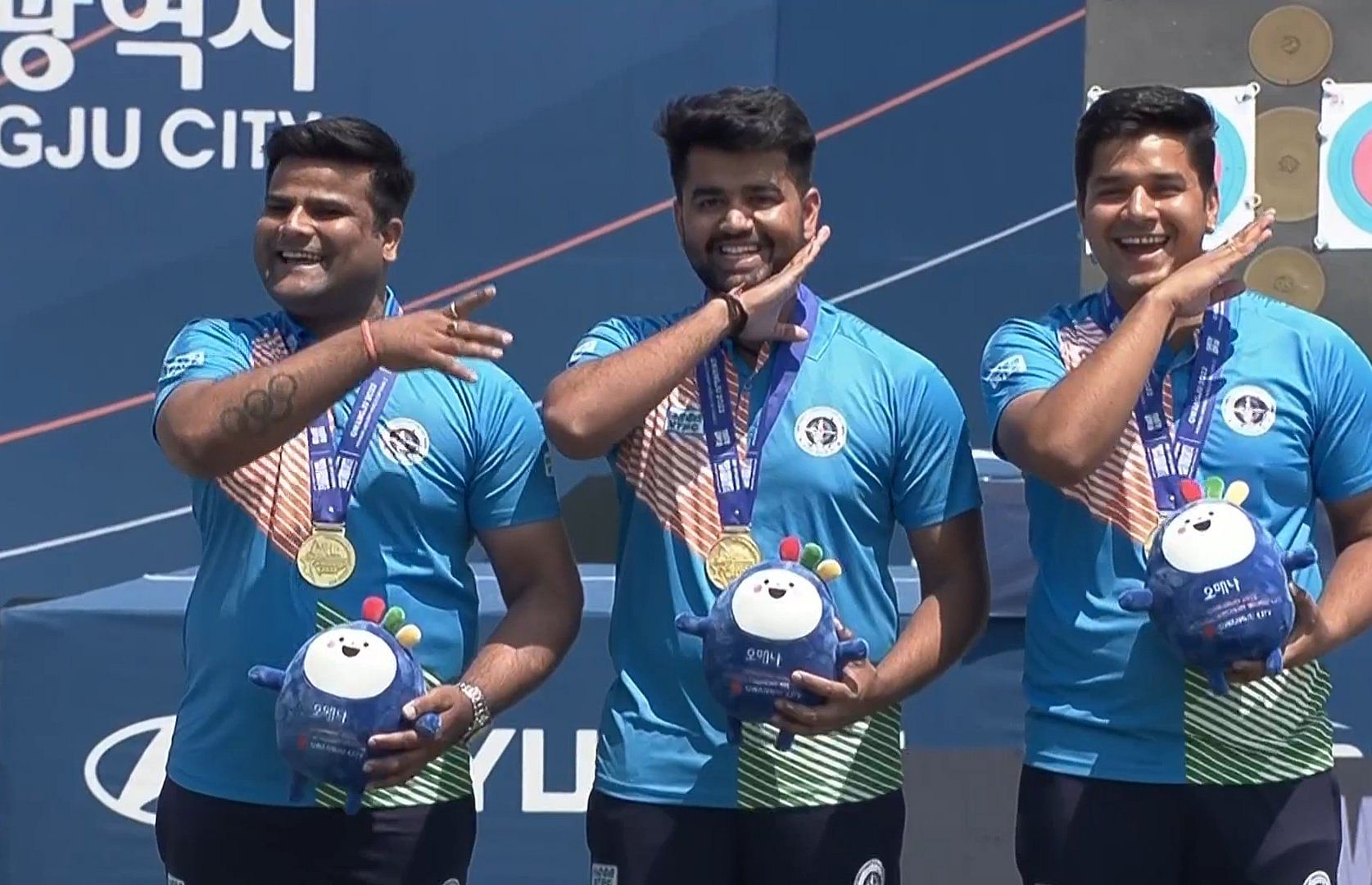