Symonds played a starring role in Australia's 2003 and 2007 World Cup wins and was a mainstay in the ODI side under Ricky Ponting's captaincy. Aggressive and flamboyant, Symonds was tailor-made for the T20 format and was involved in the IPL from its inaugural season.

Roy, as he was fondly called, represented Australia in all formats from 1998 to 2009 and earned the reputation of being a player who always gave it his all on the field.

The entire cricketing fraternity has been in mourning over the loss of one of the greatest all-rounders of this generation.

"After his time with Deccan Chargers, Symonds joined Mumbai Indians in 2011 and created some lasting memories in the Blue and Gold. Symmo played 11 matches for MI and scored 135 runs at an average of 33.75. His highest score of 44 not out came against his former side Deccan Chargers, as his quick-fire knock led the team to a 37-run win. Symonds was also a part of our Champions League T20 winning squad of 2011/12 and will always be fondly remembered for his contribution to MI," Mumbai Indians said in a statement.

Earlier in the day, Symonds' old rival and former Mumbai Indians teammate Sachin Tendulkar tweeted, "Andrew Symonds' demise is shocking news for all of us to absorb. Not only was he a brilliant all-rounder, but also a live-wire on the field. I have fond memories of the time we spent together in Mumbai Indians. May his soul rest in peace, condolences to his family and friends."

"Symonds always played the game in the Aussie way, giving his everything on the field and never backing down from a challenge. Cricket truly lost a modern-day great today. You'll be deeply missed, Roy," added the MI statement. 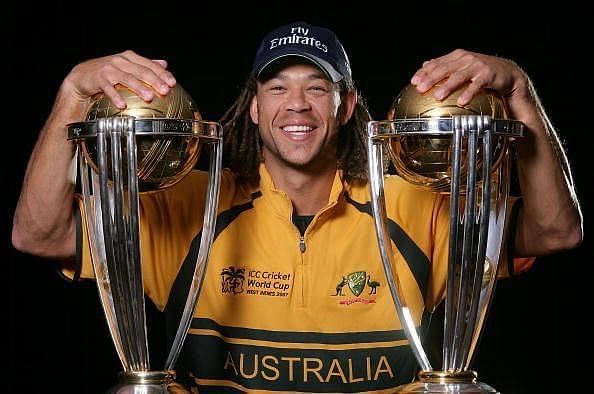