And thanks for memories...; Why we may have seen the last of some IPL legends... 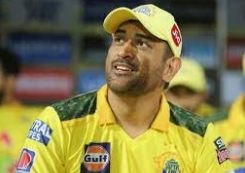 Mumbai: The T20 format is rapidly evolving. One aspect of it remains unchanged. Unless you think on your feet and are at once sharp and explosive, you cease to be relevant. With the mega auction lined up soon, a certain amount of weeding out of the chaff is inevitable. FPJ analyses the possible IPL retirees:

He is on the wrong side of 40, and even though he is fit enough, his returns with the bat have diminished. Moreover, since he doesn’t play domestic cricket, it is a challenge for Dhoni to keep up with the game, come the IPL. Father time is nudging his shoulder. We might well see him in that resplendent yellow outfit next year, but perhaps as mentor.

Raina has been the ‘chinna thala’ to the ‘thala’ that is Dhoni. One of IPL prolific run-scorers, he was leading the run-charts until a couple of seasons ago. While he missed playing the last season, Raina’s return to the CSK unit was welcomed at the start of the season, given their campaign wasn’t the best in 2020. However, with just 160 runs in 12 matches at a strike rate of 125, Raina was left out of the XI before the last three games of the league stage. Speculations are rife that Raina might have already played his last for CSK.

In the ongoing season, the off-spinner has featured in only three games and has wicketless returns apart from going for an economy of nine runs an over. He hasn’t played any cricket apart from the IPL for the last couple of years and could be tough to find a buyer in the mega auction. Thank you, Turbanator!

Tahir had been Dhoni’s go to bowler in 2018 and 2019. In the second year of CSK’s return, the leg-spinner returned 26 wickets, the most for them. And quite obviously, he ran the most for them. Tahir has played just one match in the current season and picked two wickets. With only four overseas players allowed in the XI, Faf du Plessis, Dwayne Bravo, Sam Curran, Josh Hazlewood and Moeen Ali were ahead in the pecking order. The 42-year-old was last seen in action in the Caribbean Premier League. With a plethora of leggies available in the Indian domestic circuit, it is tough to see Tahir being picked by any franchise for the next year.