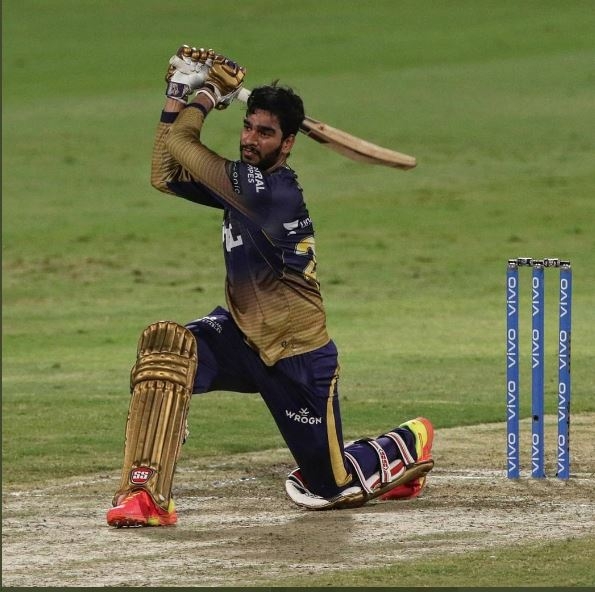 Mumbai:Venkatesh Iyer was a catch for Kolkata Knight Riders in the auction last year. Despite Iyer doing well in the Syed Mushtaq Ali Tournament last year – he scored 227 runs in five matches at a strike rate of 149.34 and an average in excess of 75 – Iyer was brought at his base price of INR 20 lakh. And they benched him in the first half of the IPL 2021.

KKR opted to go with Shubman Gill and Nitish Rana and the move seemed justified when the pair began with successive half century partnerships in the first two matches. However, their lull after that coincided with KKR’s horrid run after which they were placed in the bottom half of the table with just two wins in seven matches.

“A saying that I've used throughout my career is that 'If you can't change a man, change the man.' So we'll probably have to make some changes,” Brendon McCullm, KKR head coach had said at the end of the India leg and when the UAE leg began, Iyer was ushered in to open alongside Gill.

Iyer began his IPL career with a quickfire 41 not out off 27 balls and then struck his first half century off just 25 balls in the very next game – the fastest for KKR against Mumbai Indians. Such was his impact, that KKR got on their winning ways and made the playoffs, prompting former India cricketer Sanjay Manjrekar to proclaim that Iyer would fetch over INR 10 crores in the mega auction.

In Qualifier 2, Iyer was yet again at the fore of KKR’s run-chase – that they almost botched thanks to a fragile middle order – with an attacking 55. While the Gill-Rana pair averaged 29, the Gill-Iyer combo gave an average of 46 runs for the opening wicket. One stone, two birds t.

“We have found a player in Venkatesh Iyer. Not only he is a classy player but also a wonderful person. He struck the ball superbly from ball one. Some of those big sixes he hit actually changed the tempo of the game and got us into a winning position," said KKR mentor David Hussey after the match.

"He's just a class player at the top. He is tall, a Stephen Fleming clone, I believe. He's got a big future in the game.”

All this was on a day when Iyer was asked to stay in India’s bio-bubble for the T20 World Cup to assist them in their preparations.

Fleming, meanwhile, has been with Chennai Super Kings right from the inception of the IPL and slid into the role of their head coach in 2009. Forming an enviable bond with MS Dhoni, Fleming has overseen the team reach the title-clash eight times, including four times on the trot in 2010, 2011, 2012, 2013. On Friday, however, the former New Zealand captain would be expected to be ready with a strategy to counter his “clone” in Iyer.

CSK’s batting has led the way while same is not the case with KKR, whose middle order issues could pull them back. Will the original Fleming’s tactics help the yellow army clinch their fourth title or will his clone help KKR draw level with CSK on the trophy count to keep their 100% win record in a final intact?

Morgan has four ducks this season – joint-most in an edition

CSK have three IPL titles while KKR have two