4th ODI: Australia's David Warner becomes only second batsman to be stumped for 99 in loss to Sri Lanka

Australia’s veteran opener David Warner became just the second batsman in the history of ODI cricket to be stumped on 99 during the fourth ODI against Sri Lanka at the R Premadasa Stadium in Colombo on Tuesday, June 22.

Other than Warner, the only other cricketer to achieve this feat was India’s VVS Laxman.

When the southpaw reached 99, he tried to drive Sri Lankan off-spinner Dhananjaya de Silva to the cover region, only to miss the ball and get stumped by Niroshan Dickwella.

Meanwhile, Warner is seeing positives in the ODI series defeat against Sri Lanka, saying that the turning wickets will make the tourists counter spin much better when the two-Test series begins in Galle from June 29.

"We're always expecting turning wickets and it's fantastic preparation for us...it's great practice leading into the Test series," the 35-year-old said after the four-run loss.

“We actually love that they're playing on the wickets back-to-back, that's what we want, we can't get that practice in the nets—the nets are green. For us it's great practice out in the middle with these dustbowls. It's going to be exciting for the Test matches in Galle because we know what we're going to get there.

"This is extreme spin, you don't usually see these types of wickets, you only see them here. India is completely different, they're actually good wickets and they turn day three and four. It's about being busy—I remember playing in Dhaka, that was one of the worst wickets I've ever played on, and I made a hundred. It's about committing, it's about concentration and it's about batting long periods of time," added Warner. 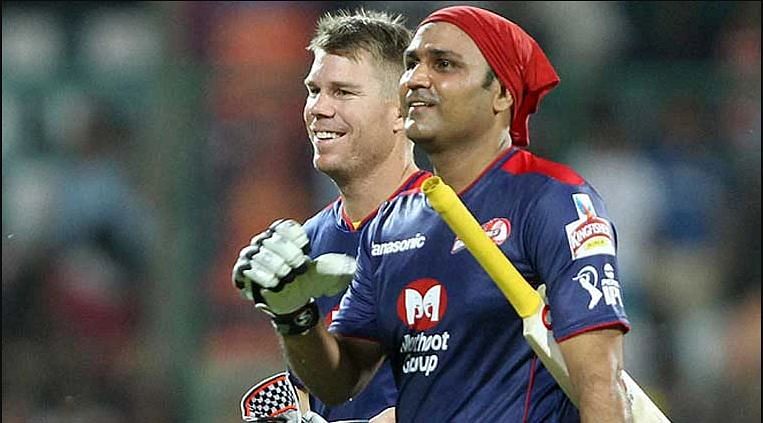 HomeSports4th ODI: Australia's David Warner becomes only second batsman to be stumped for 99 in loss to Sri Lanka