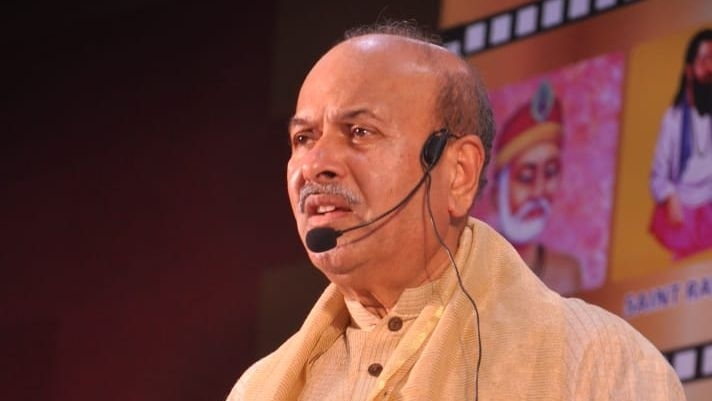 This is an extract from the talk on Rama Navami this year, 2nd April 2020.

The Great Beings come time and again in diverse traditions, different regions and at various times, due to love and compassion. Once they incarnate in one place and leave, they do not take complete vacation. They again come back when required. They are deeply connected with the human evolution.

The Buddhas and the Bodhisattvas are called Nirmanakayas, which means they still maintain their vehicle in the causal plane, even though they can transit out of it. There are 24 such spiritual elders known by several names in various traditions, customs and religions, like, 24 Tirthankaras, 24 Bodhisattvas and Buddhas or 24 Avatars. One such Nirmanakaya is Buddha Padmasambhava, in his latest incarnation. In the ancient times, in another tradition, he was none other than Lord Rama. In one more incarnation he was the holy priest Nefertem, in the Egyptian tradition. He has manifested several times in different traditions. Buddha Padmasambhava popularized the mantra “Om Mani Padme Hum” referring to his own teacher Buddha Avalokiteshvara. There are many levels of Buddhas and Bodhisattvas.

In the Indian incarnation, Lord Rama was a student of Sage Vashishta. Most of the modern teachings on spirituality are available in “Yoga Vashishta”, the discourse between Sage Vashishta and Lord Rama. These similar teachings of course would be there in Egyptian and other traditions. Interestingly, Lord Rama got many of the teachings on dealing with situations and neutralizing opposite conditions, from another Rishi, Vishwamitra. When he got married, he got the blessings, initiation and energy from an Avatar, Parashurama. Later, when he went into exile, he also acquired some knowledge from the Sage Bhardwaja and others. You may observe that Lord Rama received many teachings before the war, which was supposedly in Lanka. He in fact got another wisdom, Aditya Hridayam, from Saint Augstya in the battle field to gain more strength. 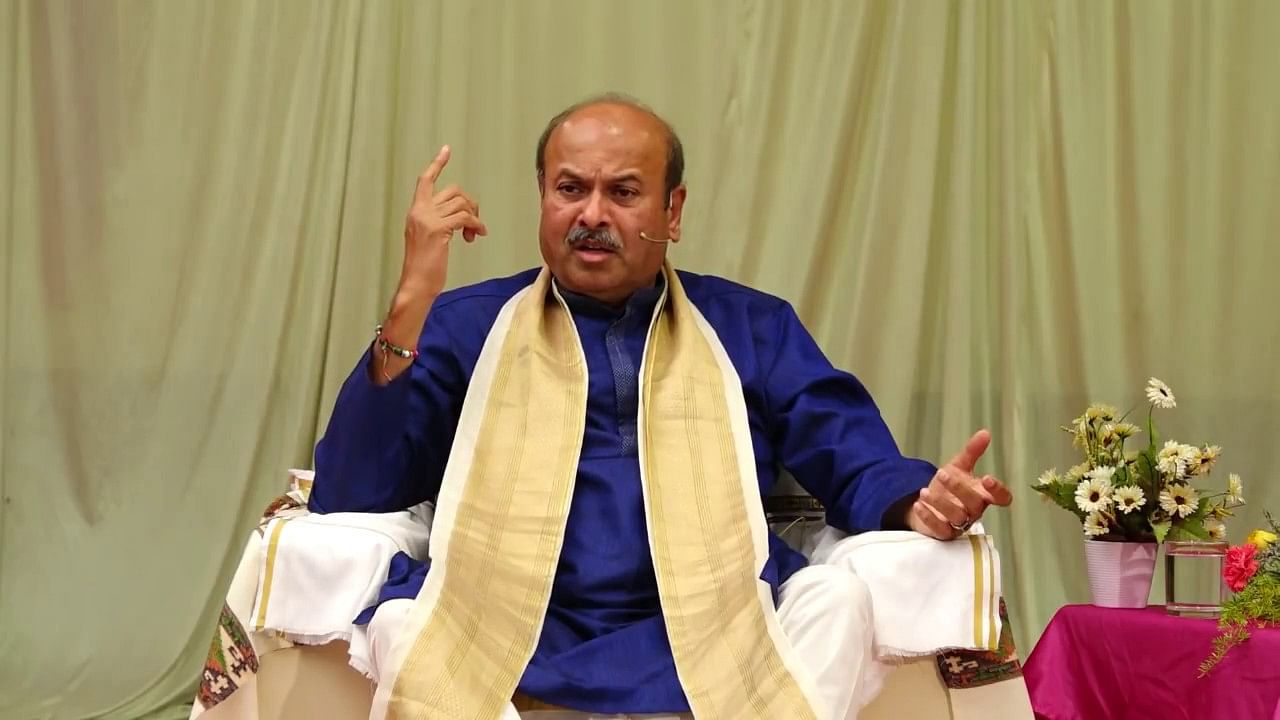 The teaching of Buddha Padmasambhava has been put down by his senior disciple, Chohan Jig Mei Ling Pa, as part of the Vajrayana tradition of Buddhism. In the ancient past, Lord Rama had acquired all these teachings. He is supposed to be the Parama Guru of Yoga Prana Vidya system, Arhat Yoga or any other energy healing systems using prana and other spiritual systems of various traditions. The deep, powerful and simplified teachings of Hatha Yoga which came through Yogi Ramacharaka have root towards Paramatma Rama. The great theosophist, writer and the head of the theosophical society at one time, Annie Besant, has written a small book on Shri Ramachandra, as a king of righteousness. According to the book, He has shown to the world how a king ought to be.

In the stories, you would find physical weapons like, the bow and arrow, mace or sword. They even had energy weapons, which they used by invoking for the blessings. They also had higher potent Divine weapons. Some acquired special weapons depending on their capability, purification and empowerment. Divine weapons are energy weapons used to transform, i.e., purify, clean and energize. There are different color pranas with different properties. When you are aware of the Crown and produce Divine energy, it is a very potent weapon. The Divine energy which we use to purify negative thoughts, contamination, unfavorable impregnation and remove the obstacles is a Divine weapon. Buddha Padmasambhava is known as Vajra Guru. He had a weapon which is vajra, a Divine energy weapon. Lord Indra is supposed to be possessing vajra. In Tibetan tradition this is called dorje. At certain level of spiritual development these Great Beings have such kind of energies which Lord Rama had. These energies at different levels of Divine are utilized in Yoga Prana Vidya in the form of Divine color pranas and are used for deeper purification, healing and regeneration. Some of these energies are also transformative, like the pink and the golden energies. The brilliant violet and brilliant white energies remove the obstacles and dissolve the negative thoughts and such contamination. Love transforms and Will dissolves! First use the Love aspect to transform and then the Will aspect. There is green prana which also disintegrates and dissolves. It is also an energy weapon. Energy follows thought and you must have connectivity for availability of the weapons. This is how the Yoga Prana Vidya system has been designed to heal, purify, remove obstacles and move forward. 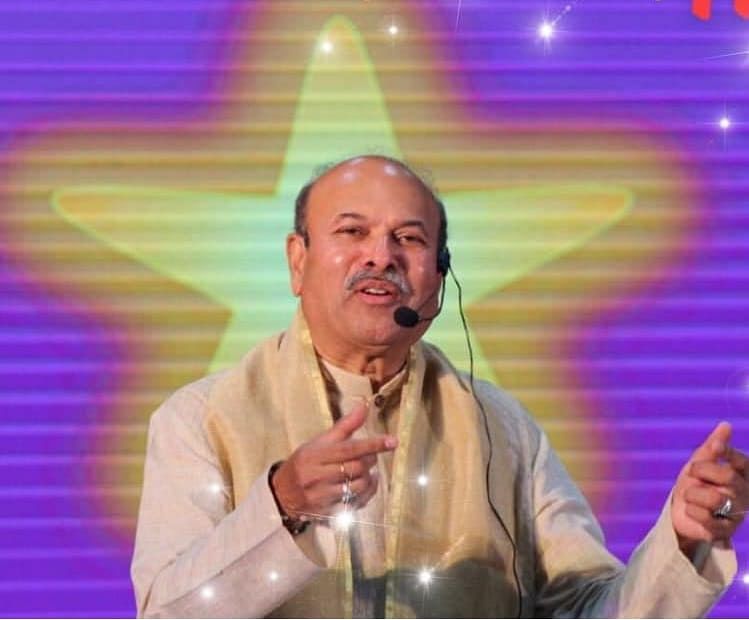 The Vishnu Sahasranama contains reference to the chanting of Rama which was also later popularized by Sant Kabir. Also, Bhagwan Sathya Sai popularized the bhajan “Rama nama me chalu, Rama chinta ne melu”. Which means, the name of only Lord Rama is sufficient in itself and chanting or meditating or dwelling on the name of Lord Rama is itself useful and beneficial.

The vibrations connected with the mantra of “Rama” uplifts us. The Rama chanting also is like a boon, for winning, protection and being successful in life. There are different chantings. The Rama chanting is for spiritual righteousness, for the work aligned with the Will of the soul and that of God. Spiritually you work on the physical plane, with all vehicles, physical, etheric, emotional and mental, aligned and purified.

There are many mantras. Let us take a look at a few:

1. Taraka Mantra which was also popularized by Sant Kabir is supposed to be one of the highest forms of Rama mantras.

We Invoke for the blessings of Lord Rama. Lord Rama’s name itself is a boon, now.

The chanting of Rama dissolves all negative thoughts and psychic energies in and around us. Our environment gets purified. For being victorious or in a difficult situation, we show people that they can come out of the negativity and move towards a positive direction.

4. You have to understand the Word Rama. It is beyond the incarnation of Lord Rama Himself, as the word Rama has such wider meaning and purpose. The chanting raises the vibration level. Ra is yang meridian, i.e., Surya nadi, also known as pingala. Ma is yin meridian, Chandra nadi, termed as ida. We have ida and pingala nadies in our energy system and in the center is the sushumna nadi. Ra purifies and strengthens the hot nadi, the yang meridian. Ma purifies and strengthens the cold nadi, the yin meridian. When both are purified and strengthened substantially, the center meridian gets purified and the kundalini rises up in a certain potent and accelerated manner.

As the chanting of “RaMa” balances ida and pingala, it also explains importance of the bhajan by Sri Sathya Sai, “rama naama me chalu, rama chinta ne melu”.

5. The most potent of all Rama mantras is: Om…Namo…Ra..Ma…Om…

Hence, this mantra cannot be indiscriminately used. It must be used after certain purification. It must be chanted limited number of times, may be for a maximum of 17 times. You may chant or listen or alternately chant and listen for a maximum of 17 times. You may instead chant for 11, 9 or 7 times too. You must do it with awareness. The chanting of “Ra…Ma…” balances. So, you are spiritually guided to move in right direction, to align with the Divine work, for spiritual righteousness, soul mastery, control over your vehicles and self-mastery.

You may try our YPV Sadhana app, which is available for free in various languages. It has guided tracks for purification through breathing exercises and forgiveness practice; and Planetary Peace meditation. These techniques also help in strengthening and upgrading your immune system.

These techniques are also being practiced in our live sessions, coupled with guided Divine Healing. These sessions are now extended up to 31st October 2020 @ www.facebook.com/ShriNJReddy. Timings: Morning 7.15 AM, Afternoon 1.00 PM, Evening 6.30 PM.