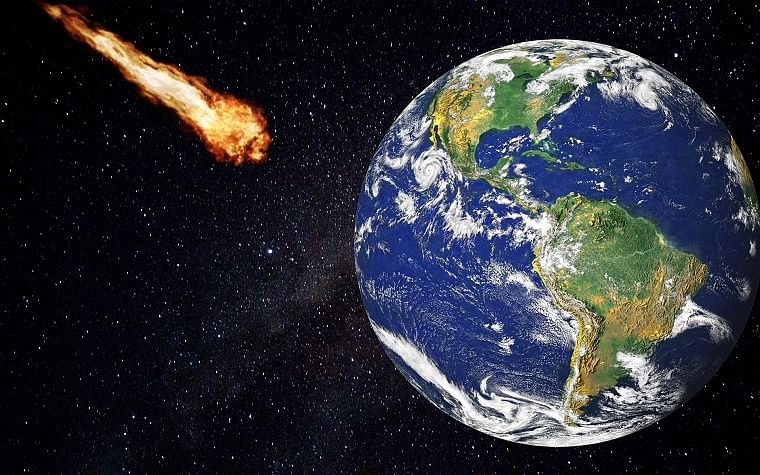 Tokyo: A new study led by researchers at the Earth-Life Science Institute (ELSI) at Tokyo Institute of Technology suggested that these asteroidal materials might have formed very far out in the early Solar System then been transported into the inner Solar System by chaotic mixing processes.

The study was published in the journal, 'AGU Advances.' Our Solar System is believed to have formed from a cloud of gas and dust, called the solar nebula, which began to condense on it gravitationally ~ 4.6 billion years ago. As this cloud contracted, it began to spin and shaped itself into a disk revolving about the highest gravity mass at its centre, which would become our Sun. 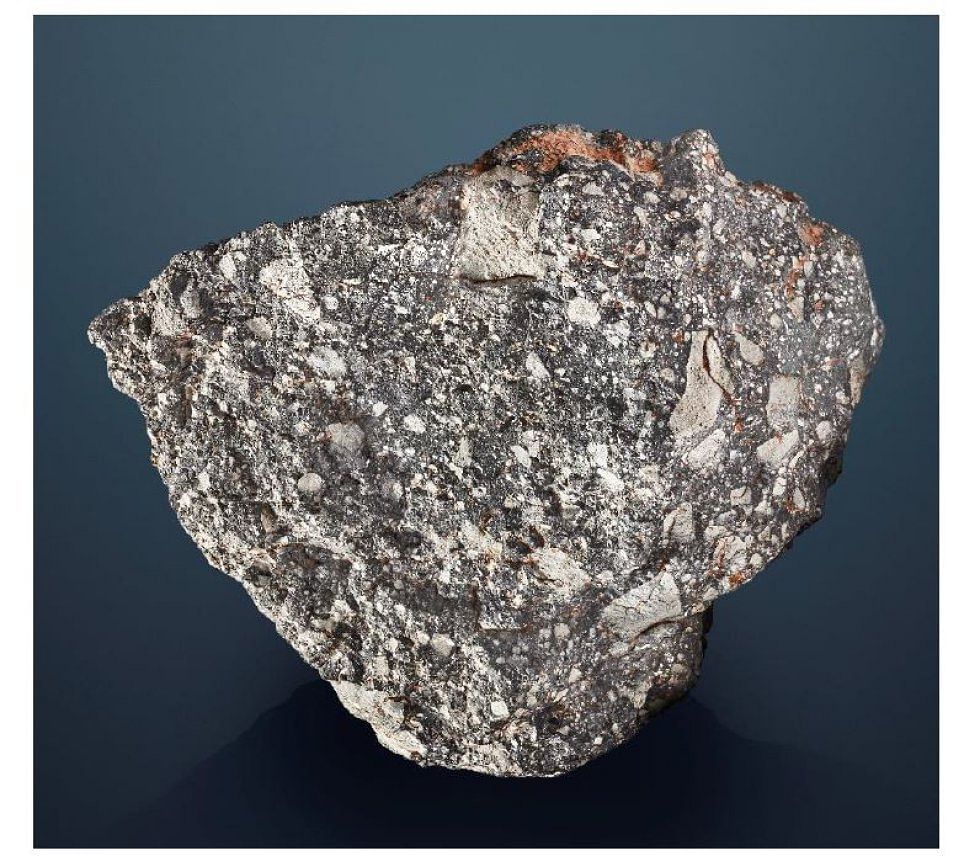 As the Sun irradiated the surrounding disk, it created a heat gradient in the early solar system. For this reason, the inner planets, Mercury, Venus, Earth and Mars, are mostly rock (mostly composed of heavier elements, such as iron, magnesium and silicon), while the outer planets are largely composed of lighter elements, especially hydrogen, helium, carbon, nitrogen and oxygen.

Interestingly, though several lines of evidence suggest carbonaceous meteorites are derived from such asteroids, the meteorites recovered on Earth generally lack this feature. The asteroid belt thus poses many questions for astronomers and planetary scientists.

Read Also
66- year old woman escapes death by inches as Meteorite crashes into her house; lands on her bed... 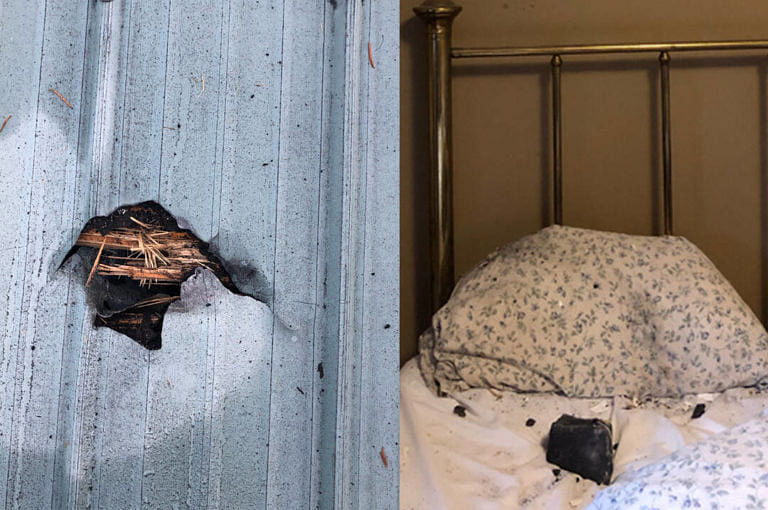 In this study, a combination of asteroid observations using the Japanese AKARI space telescope and theoretical modelling of chemical reactions in asteroids suggests that the surface minerals present on outer main-belt asteroids, especially ammonia (NH3)-bearing clays, form from starting materials containing NH3 and CO2 ice that are stable only at very low temperature, and under water-rich conditions.

Based on these results, this new study proposed that outer main-belt asteroids formed in distant orbits and differentiated to form different minerals in water-rich mantles and rock-dominated cores.

To understand the source of the discrepancies in the measured spectra of carbonaceous meteorites and asteroids, using computer simulations, the team modelled the chemical evolution of several plausible primitive mixtures designed to simulate primitive asteroidal materials. They then used these computer models to produce simulated reflectance spectra for comparison to the telescopically obtained ones.

Read Also
New insights into the origin of diamonds in meteorites 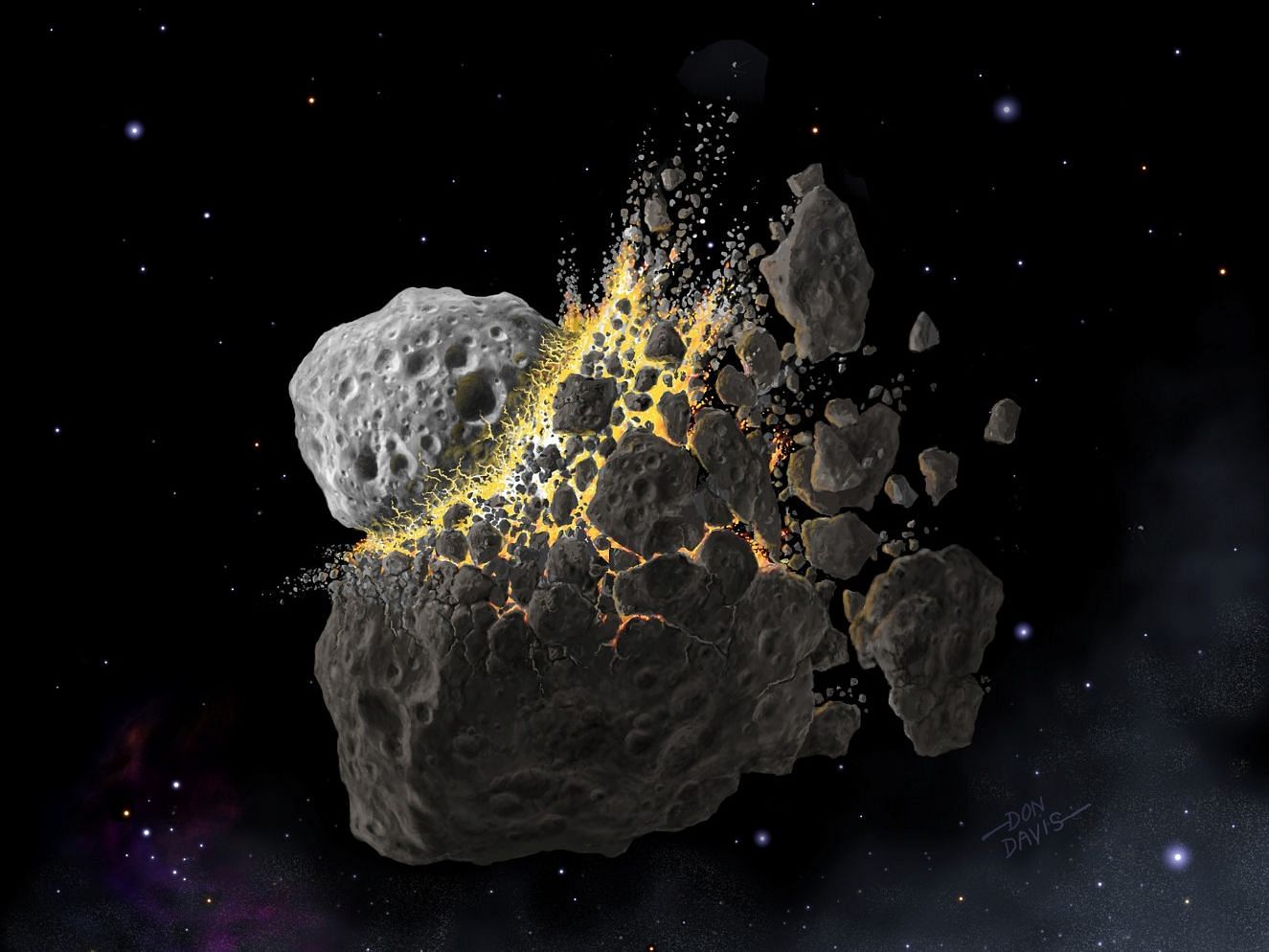 Their models indicated that in order to match the asteroid spectra, the starting material had to contain a significant amount of water and ammonia, a relatively low abundance of CO2, and react at temperatures below 70, suggesting the asteroids formed much further out than their present locations in the early solar system. In contrast, the lack of the 3.1 mm feature in meteorites can be attributed to reaction possibly deeper inside asteroids where temperatures reached higher values thus, recovered meteorites may sample deeper portions of asteroids.

If true, this study suggested that Earth's formation and unique properties result from peculiar aspects of the Solar System's formation. There will be several opportunities to test this model, for example, this study provides predictions for what the analysis of Hayabusa 2 returned samples will find. This distant origin of asteroids, if correct, predicts that there will be ammoniated salts and minerals in Hayabusa 2's returned samples. A further check on this model will be provided by the analyses of returned materials from NASA's OSIRIS-Rex mission.

Read Also
Meteorite like object falls from sky in Rajasthan 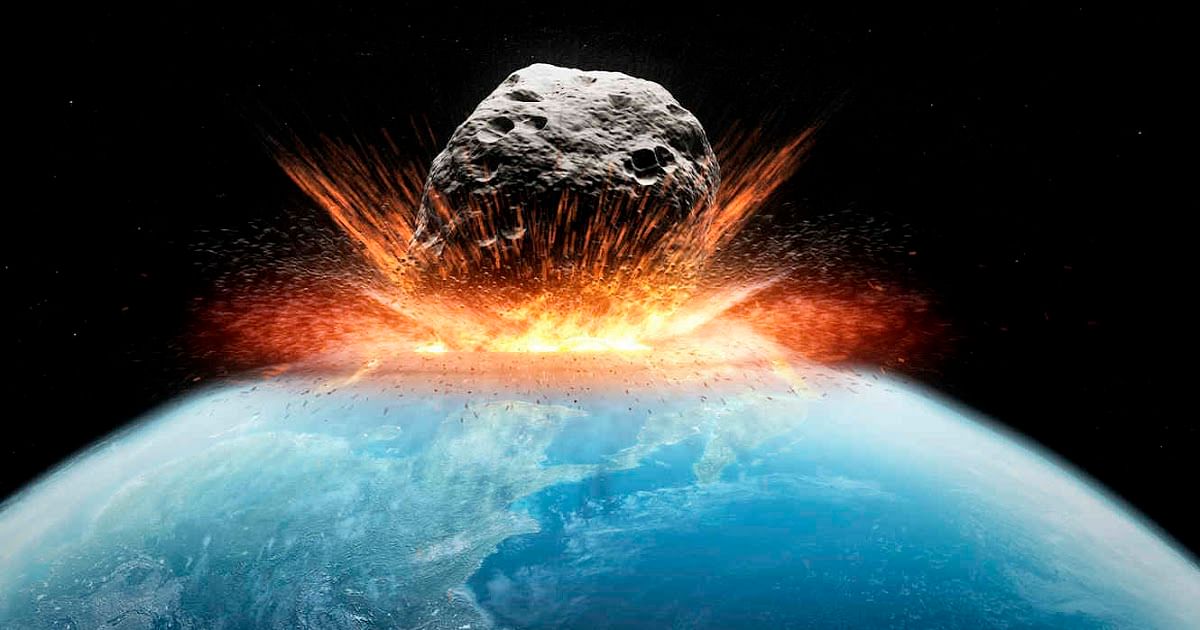 This study also examined whether the physical and chemical conditions in outer main-belt asteroids should be able to form the observed minerals. The cold and distant origin of asteroids proposed suggests there should be a significant similarity between asteroids and comets and raises questions about how each of these types of bodies formed.

This study suggested the materials that formed the Earth may have formed very far out in the early Solar System and then been brought in during the especially turbulent early history of the solar system. Recent observations of protoplanetary disks by the Atacama Large Millimeter/submillimeter Array (ALMA) have found many ringed structures, which are believed to be direct observations of planetesimal formation.

As lead author Hiroyuki Kurokawa summarized the work, "Whether our solar system's formation is a typical outcome remains to be determined, but numerous measurements suggest we may be able to place our cosmic history in context soon." 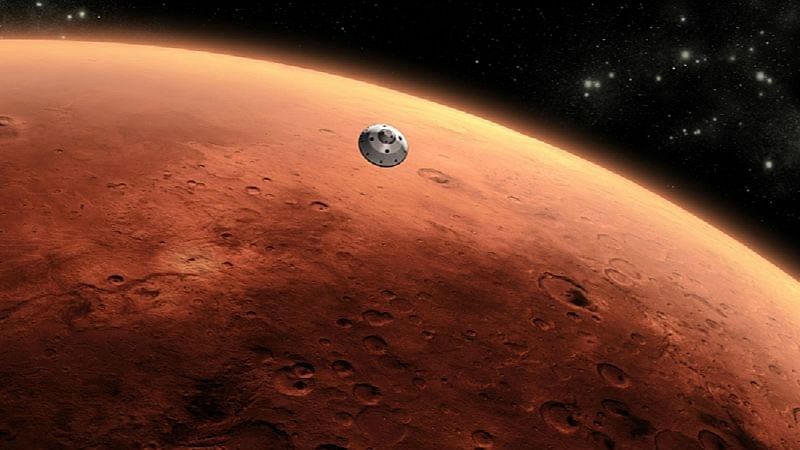