Indore (Madhya Pradesh): The 17th edition of the Pravasi Bharatiya Diwas (PBD) conference will start at the Brilliant Convention Centre (BCC) on Sunday.

During the three-day event, Youth PBD will be organised on the first day, while PM Narendra Modi will inaugurate the main PBD meet on Monday. On the third and concluding day, President Draupadi Murmu will confer Pravasi Bharatiya Awards to 27 NRIs.

Along with foreign minister, S Jaishankar, over 1000 NRIs have already reached the city for the event.

The venue of the meet, BCC, is beautifully decorated, and there are strict security measures in and around the venue.

The President of Guyana Mohammed Irfan Ali is the chief guest of the PBD meet while the President of Surinam, Chandrika Prasad Santokhi, will be the special guest of honour. Member of Parliament of Australia, Zeneta Mascarenhas, is taking part in the Youth PBD on Sunday.

Chief Minister Shivraj Singh Chouhan and various Union ministers and the ministers of the state governments are also participating.

It is for the first time that Youth PBD is behind held a day ahead of the formal inauguration of the PBD Conference. The event has been organised jointly by the ministry of foreign affairs and the Union ministry of youth and sports affairs.

The theme of the Youth PBD is ‘the role of migrant youth in innovations and new technology’, and will be spread over three sessions. 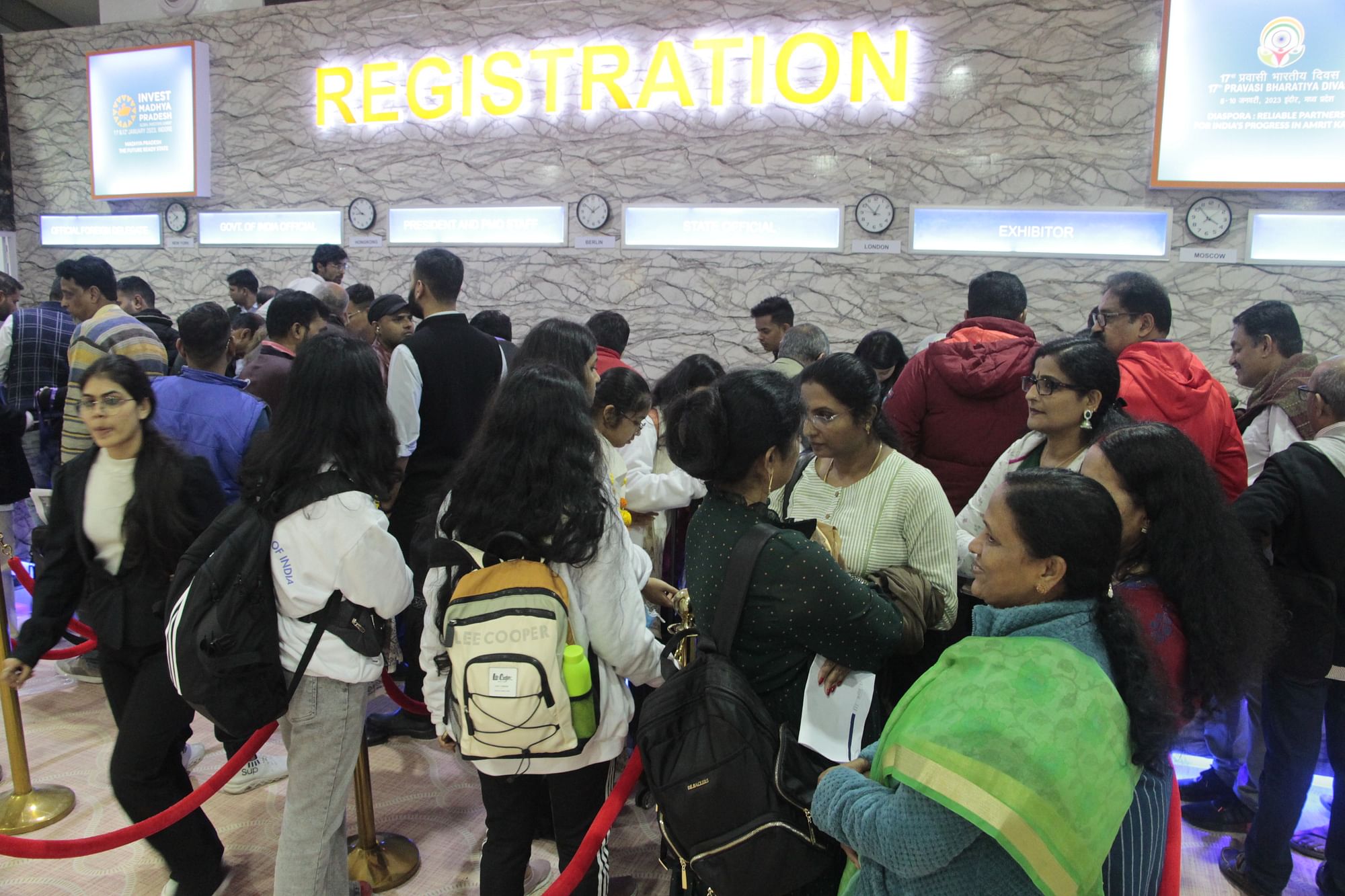