Watch video: Be prepared for more, warns IMD as rains continue to lash Mumbai due to Cyclone Gulab effect Rains continued to lash Mumbai and neighbouring Thane areas on Wednesday. The rainfall was due to the cyclonic storm Gulab that travelled westwards from Andhra Pradesh toward the Arabian Sea.

The India Meteorological Department (IMD) has predicted that intense to very intense spells of rain are expected to occur at isolated places in Mumbai and adjoining areas on Wednesday during the next 3-4 hours.

The IMD has issued a red alert for the Palghar district and an orange alert for Mumbai and Thane for Wednesday.

At least 13 persons died in heavy showers, floods and lightning in parts of Maharashtra with the Marathwada region bearing the brunt of rain fury, while more than 560 people were rescued after the NDRF was mobilised and helicopters were deployed, officials told PTI on Tuesday. 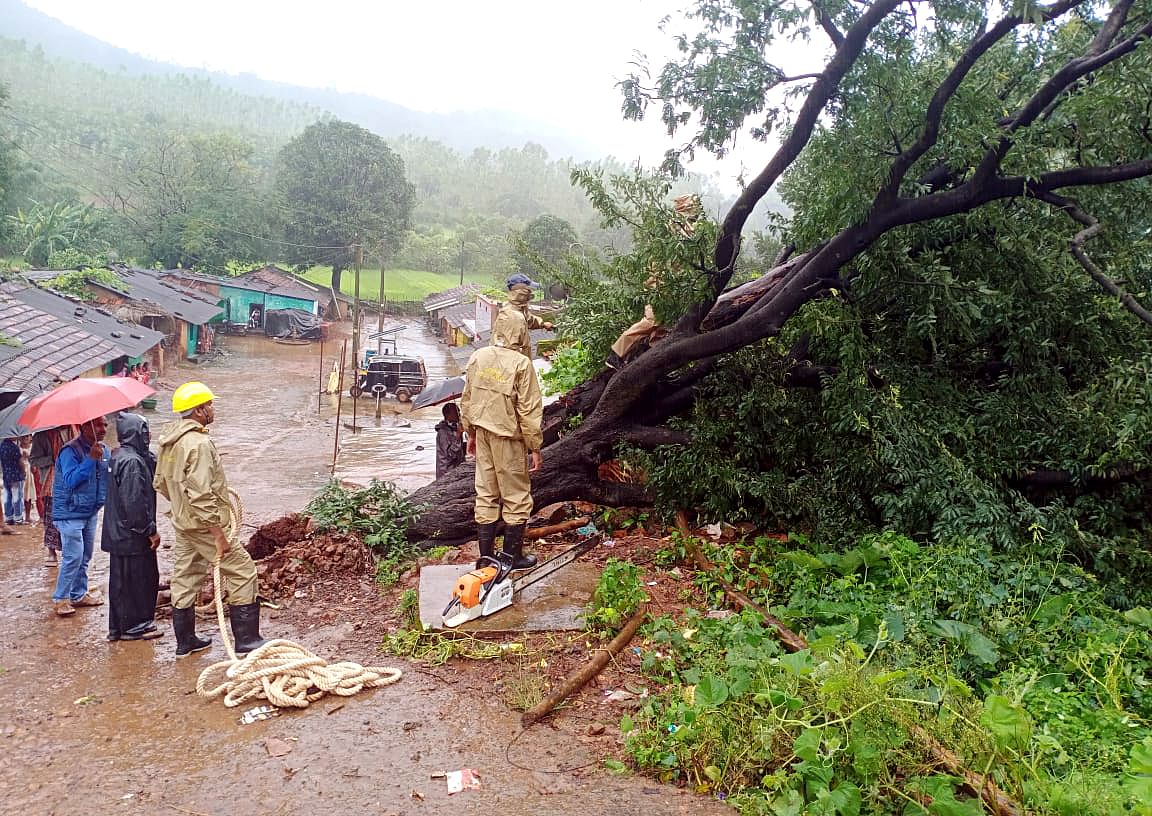