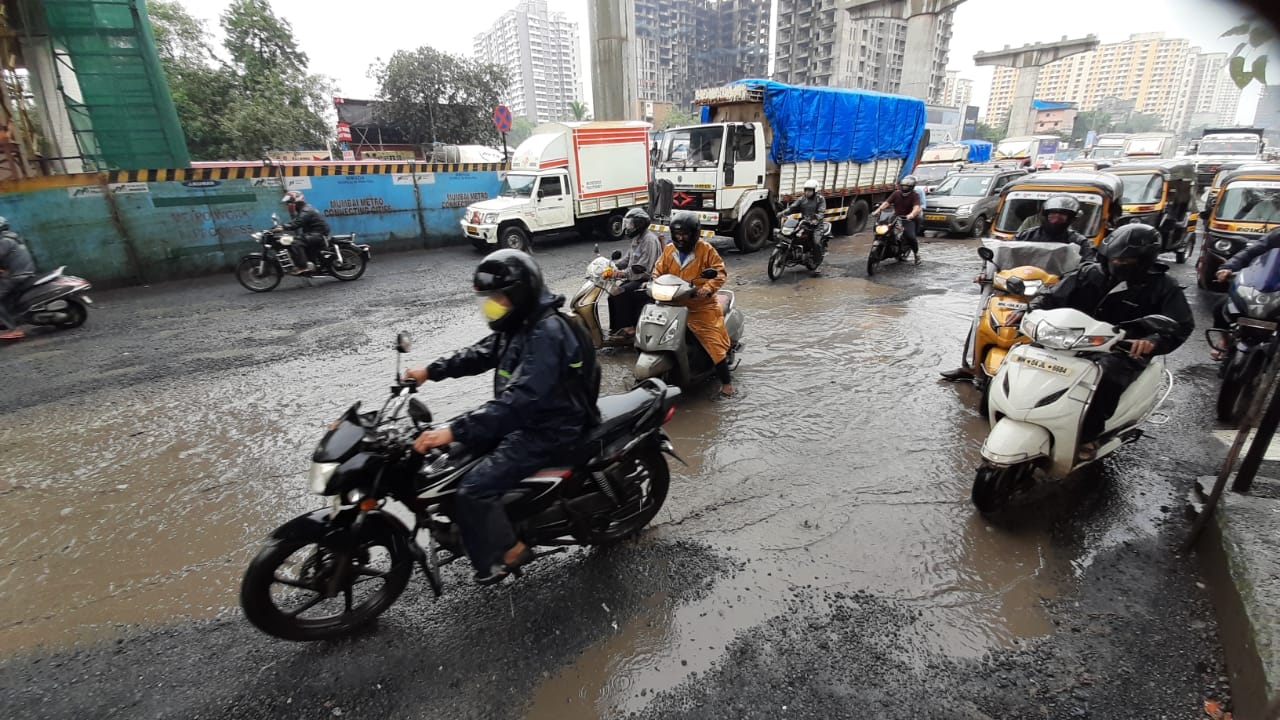 Heavy rains lashed various parts of Mumbai on Monday. Meanwhile, the IMD has predicted 'heavy to very heavy' rainfall during the next three days in Thane, Palghar and several other parts of Maharashtra. It has also issued a yellow alert for Mumbai with a forecast of 'heavy rain' at isolated places in the next two days.

Watch videos from the various parts of Mumbai:

The Regional Meteorological Center, Mumbai, said, "Associated with the deep depression and its further west-northwestward movement, heavy to very rainfall is expected over Konkan belt and adjoining ghat areas of Madhya Maharashtra today. Possibility of occasional gusty winds reaching 40-50 gusting to 60 kmph along the coast."

In the last 24 hours, the average rainfall in Central Mumbai received 67.85 mm. Whereas, eastern and western suburbs received 74.51 mm and 75.91 mm of rainfall, respectively.

A depression over the Bay of Bengal intensified into a deep depression and crossed the Odisha coast on Monday morning, bringing heavy rains to the state, the India Meteorological Department (IMD) said.

North Konkan, central Maharashtra is also likely to receive heavy rainfall over the next two days, the IMD added.