Shiv Sena and BJP workers created ruckus during the inauguration ceremony of Borivali West flyover on Saturday. Both the party workers were seen sloganeering in support of their party and leaders.

Shiv Sena leader and environment minister Aaditya Thackeray has undertaken the inauguration of various development projects in Mumbai. As part of that, he inaugurated the flyover constructed on R.M.Bhattad road at Borivali West on Saturday. To take credit of the work, workers of both the parties came in front of each other and created tension in the area. Both party workers gave slogans in support of their leaders. They also showed banners and flags of their parties. Police had to control the situation. Thereafter, Aditya Thackeray inaugrated the flyover and left the place immediately.

BJP MLA Manisha Choudhary alleged that work of the said flyover was started during the tenure of BJP and that now Shivsena is taking credit of the flyover construction.

Shivsena Corporator Sanjay Ghadi said that BJP always opposed development projects done by Shiv Sena. This is mental indebtedness of BJP, he said while speaking to the media. 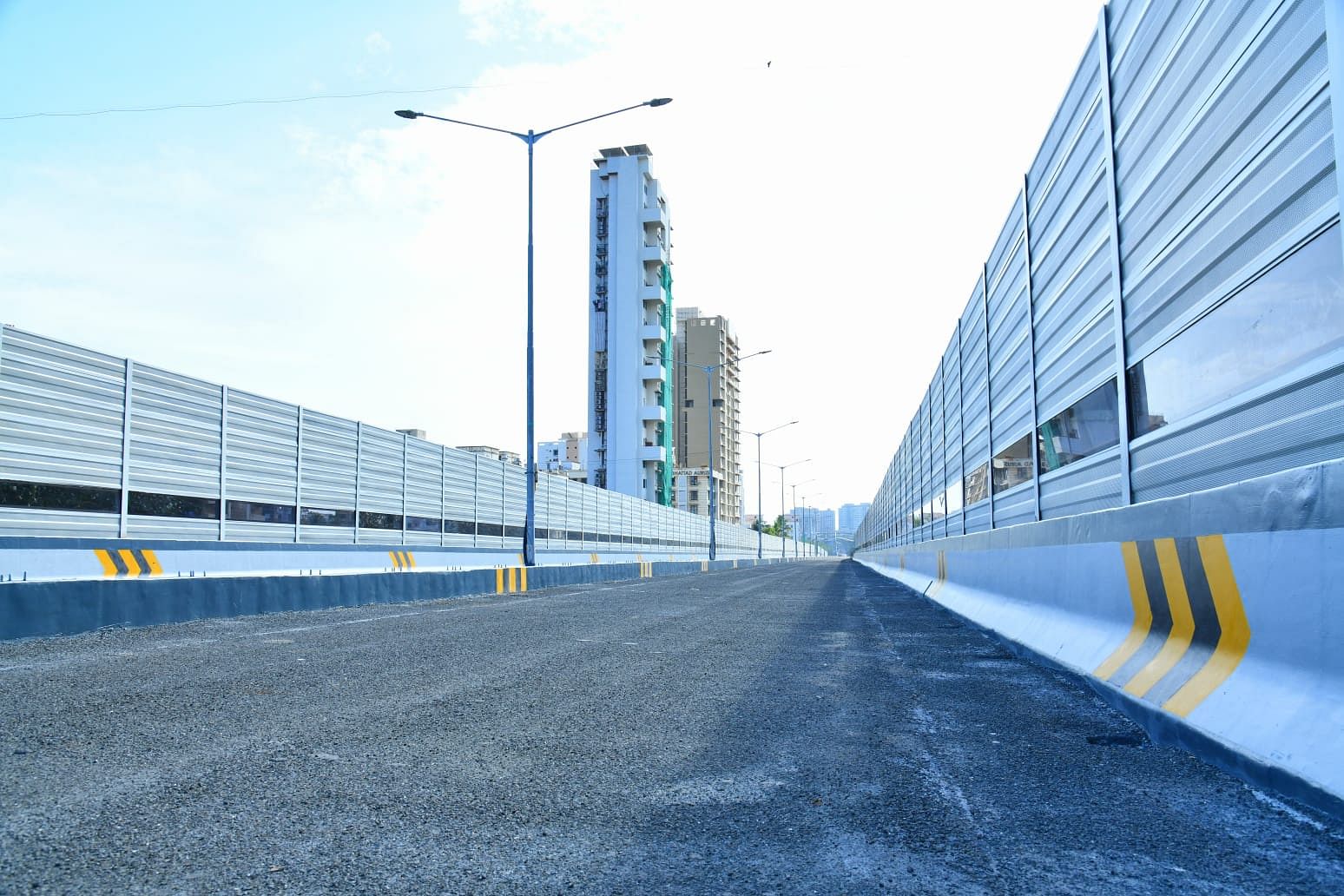 This is a four-lane flyover with each side having two lanes. This flyover is 937 metre long.