Mumbai: Santhanam Srinivasan Iyer aka EPR, a popular rapper from Kolkata, has composed a new track on religious extremism which talks about the controversial the 'sar tan se juda' slogan and the recent killing of Kanhaiyalal, a Hindu tailor in Udaipur.

'Sar tan se juda' has offlate been weaponised by fundamentalists who use the slogan to call for beheading the blasphemers who insult Islam and Prophet Muhammed.

Sharing his 'protest poetry', the musician wrote on his social media, "Bachao mere desh ko kattarwad ke bhoot se [Save my country from religious extremism]! Soul of Indian culture is unity and peace. Extremism has no place whatsoever."

This is not the first time EPR has spoken about social issues through his rap. The musician, who is currently a Squad Boss on reality show MTv Hustle's Season 2, has spoken about farmers' suicide, Gauri Lankesh and her killing, communal politics and much more.

People on social media have given mixed reactions to his song. Many seem to have appreciated his song and even pleaded Union Home Minister Amit Shah to provide him protection. Some accused him of speaking about Kanhaiyalal issue for fame. 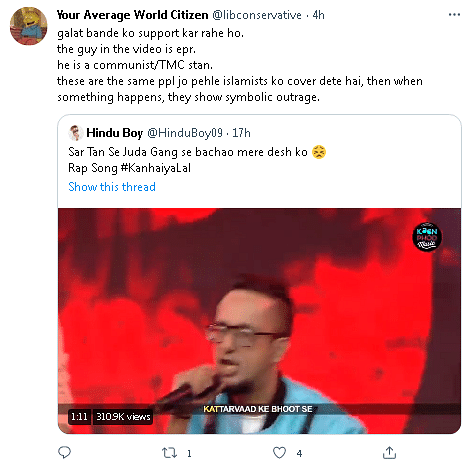 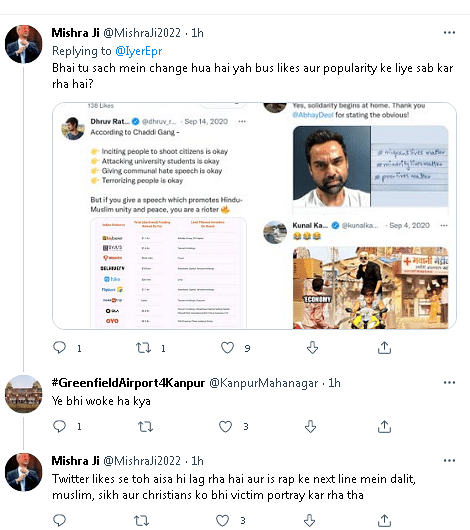