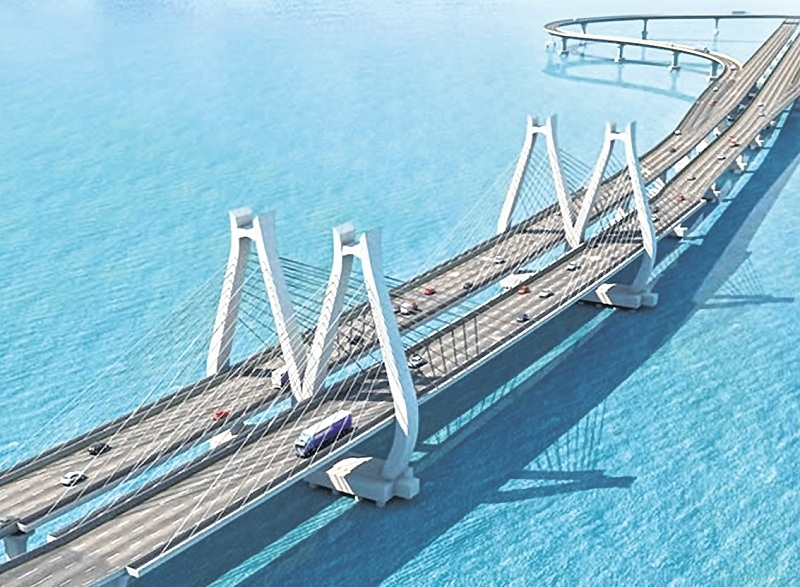 The much-awaited Versova-Bandra Sea Link (VBSL) project is all set to take off in full swing after the Maharashtra State Road Development Corporation (MSRDC) responsible for this project was able to resolve the hurdle of casting yard.

A senior official from MSRDC, who did not wish to be named said, "Just a month before, in lockdown, we signed a pact of leasing land in Malad near shore owned by a private party. We are paying the landowner Rs 24/square ft as monthly rent for the 10 hectares of land that is required for casting yard purpose on lease for a period of up to five years."

Casting yard is the place where the girders are made and later transported to the actual location for the installation.

He asserted that the land has been handed over to the appointed contractor, "The civil work has geared up and already piling work at Bandra connector has commenced, "the official stated.

Earlier, the Free Press Journal had extensively reported how the ongoing VBSL construction work got affected due to the absence of casting yard. It was incurring losses of Rs 68 lakh on a daily basis, according to the MSRDC reply given to the Bombay HC.

Reportedly, the Bombay HC had restricted MSRDC's appointed contractor from using the previously-identified Versova seashore land for casting yard purpose following environmental concerns raised by an activist named Zoru Bhathena, who had filed Public Interest Litigation (PIL). Following which the MSRDC was asked to look for alternate options of land that could be made available for casting yard purpose. An advertisement was then floated seeking 10 hectares of land parcel in a radius of 20-km from Versova or Juhu sea coast. The authority had received a convincing response despite inviting the tender twice.

A consortium of --Reliance Infrastructure and Astaldi (Italy) has been awarded the contract to undertake VBSL work in April 2018. The 17 km long sea bridge will be made at a cost of Rs 7,000 crore. The sea link will have exits at Bandra, Juhu, Koliwada, and Versova and will have a direct connection to the existing Bandra Worli Sea Link. The link once ready will cut the traveling time between Bandra and Versova to 10 minutes from 90 minutes. The project is expected to be ready by 2023.