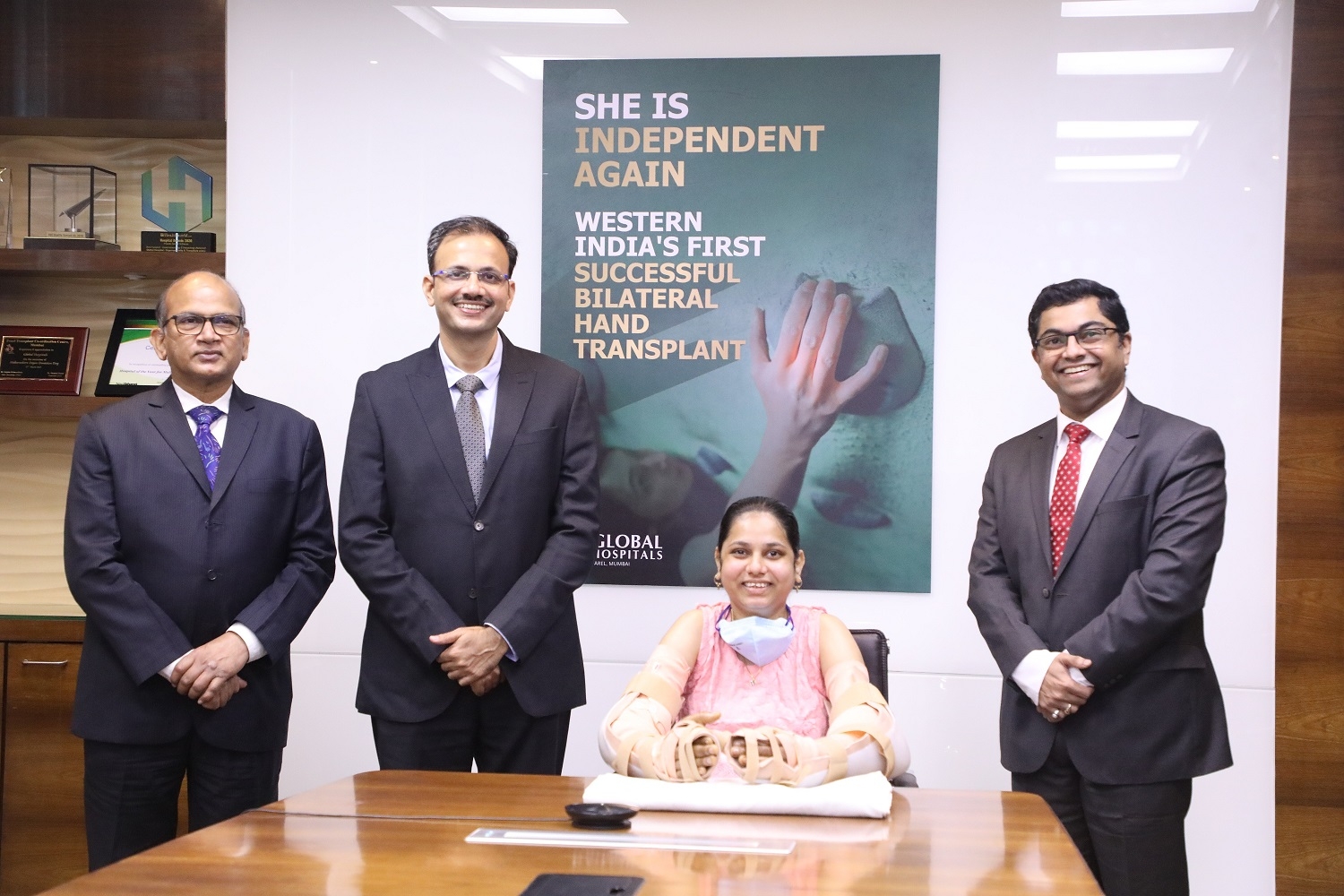 24-year-old Monika More is all excited to finally apply mehndi on her hands and paint her nails. It’s been nearly a month since the Kurla resident underwent a bilateral hand transplant and was discharged from Global Hospitals, Parel, on Saturday afternoon. Doctors said they discharged her after her health conditions were normal. They will, however, be monitoring her health conditions for the next six months.

“Earlier, I would avoid attending any function or weddings as I couldn’t apply mehndi on my hands. But, after my hands get functional, I will apply mehndi and paint my nails. I’ll be able to eat, bathe, comb and cook on my own. I always wanted to become independent and I am happy that I will be able to do so. I thank my late father, mother, brother and the family of the donor,” said Monika.

Dr Nilesh G Satbhai, Consultant Plastic, Aesthetic, Hand & Reconstructive Microsurgeon, Global Hospitals, Mumbai, said, after performing the complex procedure successfully, Monika was put on immunosuppressant medication and was kept in the transplant ICU in a separate room with a dedicated nurse. Regular dressings were done for both the hands. “On the third day itself, the patient was able to sit up and walk with support for her arms. She was given physiotherapy twice a day along with breathing and shoulder exercises. She initially had a plaster slab above the elbow till the hand to support the bones, and will need splints for more than a month,” he said.

Dr Satbhai further said, in the next couple of weeks, she will be asked to move her elbow as well. Her hand and fingers are expected to start moving after 3 to 4 months as the nerves will heal and recover. Muscles, tendons and bones would also heal by then. The patient will need help with her day-to-day activities until then. But, once the hands start functioning along with exercise and physiotherapy, she will be more independent. Her functional recovery will continue over the next year and a half. Monika is now on oral medications only, and the immunosuppressive doses have started tapering now. The patient has recovered smoothly and responded very well to the treatment. She will have to adhere to the follow-up instructions and continue exercising while at home,” he added.

Monika, who was a teenager then, lost both her hands in 2014 after falling into a deadly platform gap at Ghatkopar station. She tried to use prosthetic limbs for a few months, but soon realised that they are practically useless and more of a burden. Finally, a suitable donor was identified in Chennai. A young man was braindead and his family generously agreed for hand donation. The donor's hands were flown in from Chennai to Mumbai by a chartered flight and the bilateral hand transplant surgery was successfully performed on August 28.