Three killed, others injured after wall collapses at construction site in Maharashtra's Bhiwandi

According to sources the incident took place on Friday evening at 4:30pm at Mauze Katai, Bhiwandi in Thane District. The wall repair work of the powerloom shed industry at Tukaram compounds was going on. "The wall fell down and 3 workers died and four of them were injured," said an official.

The dead are identified as Mansukh Bhai 45, Ranchod Prajapati 50, Bhagwan Jadhav 55. The injured include Balu Pardhi 40, Vishwas Gaikar 45, Anwar Shaikh 55 and Umesh Ramkrishna Patil 43. "The three dead were sent to Indira Gandhi Memorial hospital and after post mortem the dead body was handed over to family. The injured were shifted to PD. Memorial hospital, where they are undergoing treatment and are stable," added the official from Bhiwandi fire brigade.

A fire official who carried out the rescue operation said, "The powerloom owner was about to repair the wall that was damaged mostly. However, the workers had installed bamboo scaffolding to remove the cement shed on the rooftop. Four workers were standing on the scaffolding, while three were standing down giving support to the scaffolding. Incidentally the shed and the wall fell on them. The three who were down succumbed to their injuries, as the wall and shed fell on them. While the four who were on the scaffolding suffered injuries and undergoing treatment,"said the officer.

The Nizampura police reached the spot and have registered an accidental death case for the three dead. The police are checking the negligence and will register a case accordingly against the owner or contractor who carried out work without safety. 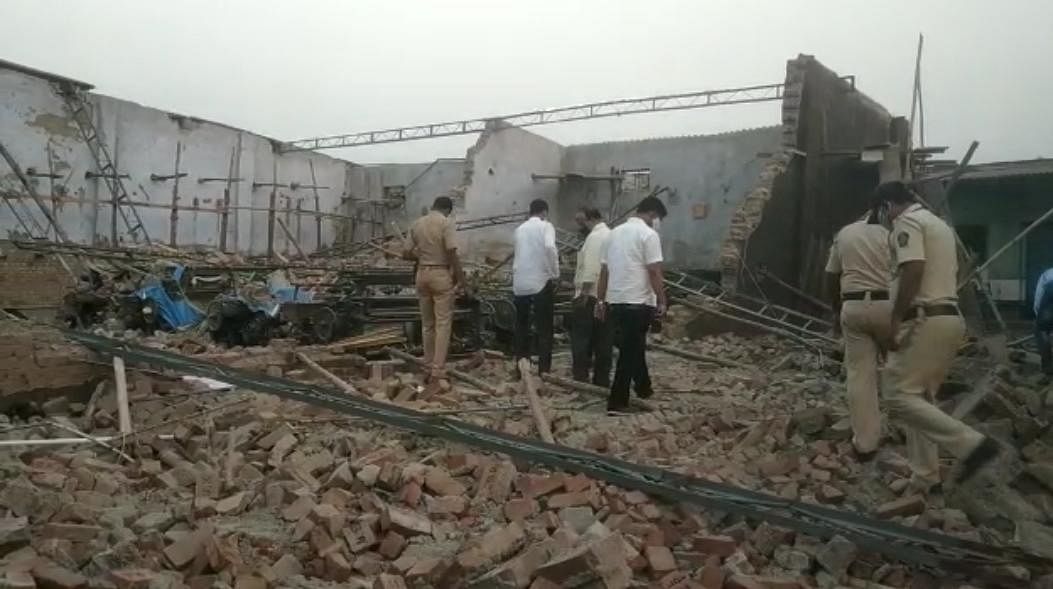 HomeMumbaiThree killed, others injured after wall collapses at construction site in Maharashtra's Bhiwandi